Future of Media in Egypt 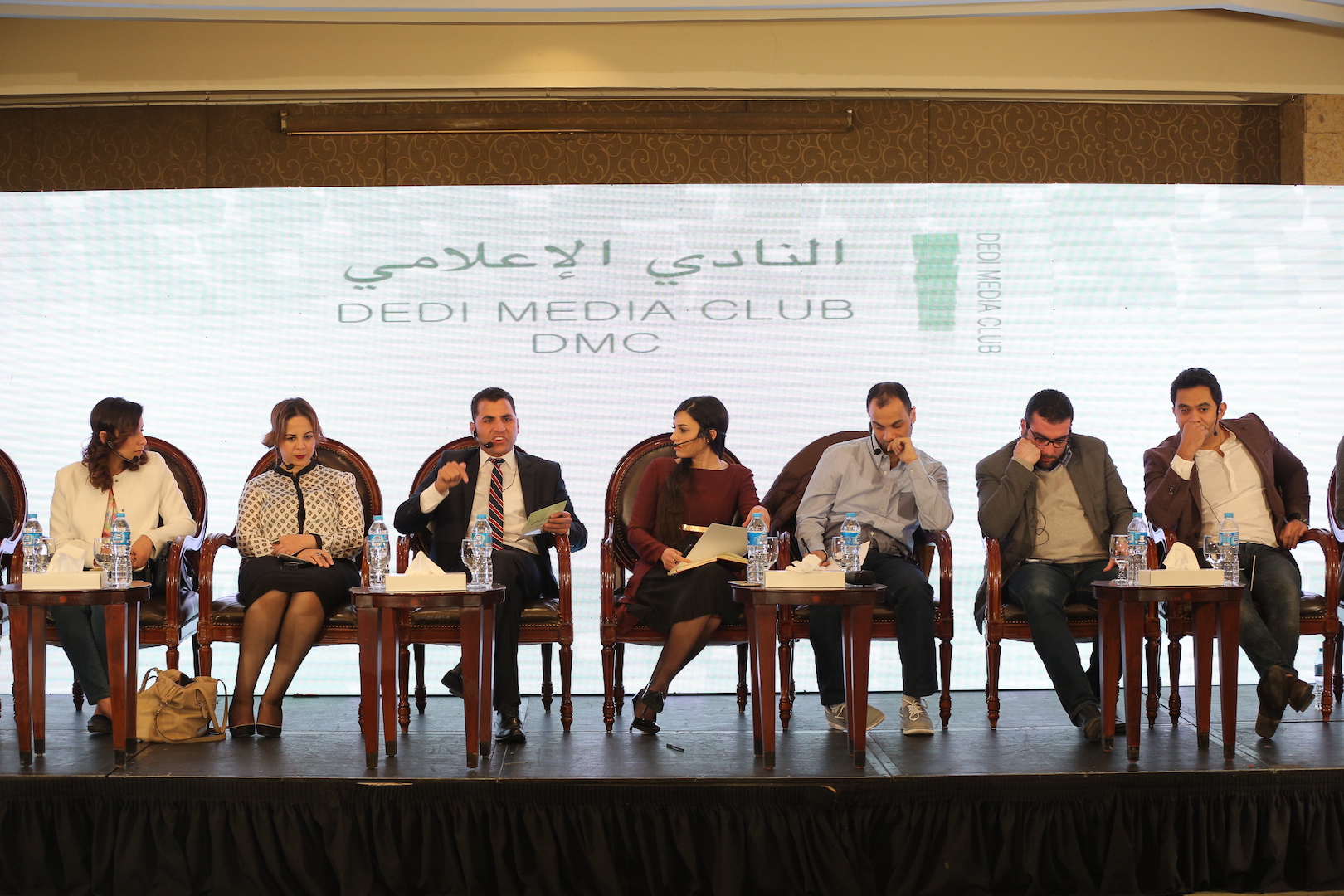 Through a “young vision”, DEDI Media Club (DMC) held its second discussion on the future of Media in Egypt.

Last Saturday evening,  DEDI Media Club (DMC) held its second discussion regarding the future of media in Egypt in the presence of young writers and leaders from multiple press and television organizations.

In a session titled «Egyptian media to where…  A young vision», held at the Grand Nile Tower Hotel, the keynote speakers assessed the professional performance and the media scene in the year 2016 and explained how they envision the future of the private and the state-owned press, in light of 3 major axes (legislation, property, and professionalism).

In the beginning of the session, TV presenter and media specialist Dina Esmat, the manager of the session, praised the initiative of DEDI Media Club (DMC) aiming to expose the vision of young leading journalists and their analysis of what is happening in the media scene throughout the past year (2016) and their expectations for 2017.

Esmat also shed the light on the impact of the January 25th revolution that has contributed to encouraging the youth inside the press and media institutions which led to the emergence of multiple media projects as other projects were terminated.

“The Egyptian media is experiencing a transitional era; for the first time, there will be a legislation granting a journalist’s right to access information. It is also important to note that the media has made rapid strides in a short period of time for the first time in the last few decades» she added.