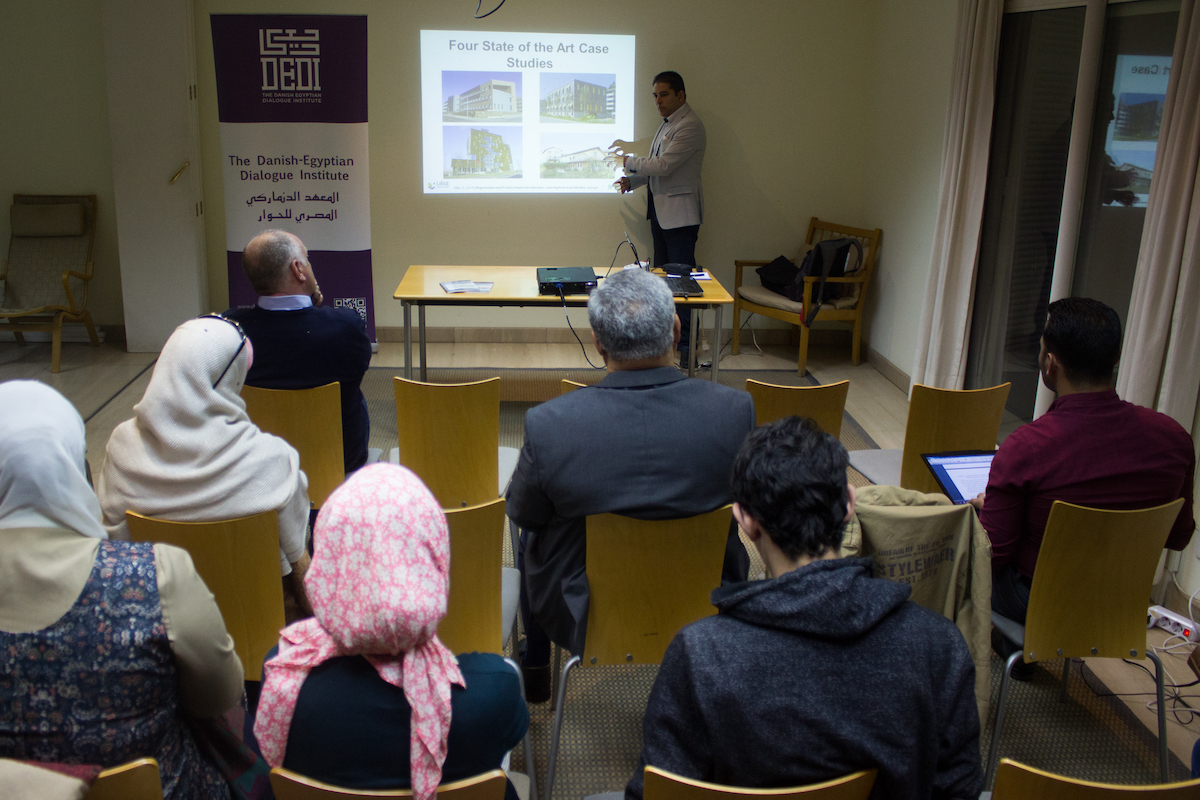 The Danish Egyptian Dialogue Institute hosted a seminar for the researcher Shady Attia, specialized in green architecture and building technology at the University of Liège in Belgium. During the seminar about “renewable architecture”, he spoke about his recently published book entitled ” Regenerative and Positive Impact Architecture “. Attia is an assistant professor at the University of Liège and has previously published a book on zero energy buildings.

Attia said that he works in the Middle East as a consultant in the area of building energy efficiency, explaining that the new book came out as the fruit of his academic research as well as his real-life projects and case studies.

He added that his book, published in English, defines “high-performance buildings”, clarifying that all types of vehicles are highly performing, but buildings are not designed with the same mechanism. The researcher in the Department of Environmental and Urban Engineering at the Faculty of Engineering at the University of Liège says his new book “focuses on the crisis of climate change, and sets the technical, social, cultural and environmental foundations of the crisis of construction and urbanization in the next fifty years”.

He also stated that the book “focuses on industrialized countries and offers lessons learned by studying four models of construction, two in the Netherlands, a third in Switzerland and a fourth in the United States. The main message of the book is that any building is made up of 250 materials so it’s essential to be aware of where these materials came from, what type of energy is used in them and how buildings can be designed in the future taking the latter fact into account. ” Attia said that it took him three years to write the book and thanked the Danish Egyptian Dialogue Institute for hosting this seminar during which some copies of the book were signed.

The Egyptian researcher confirmed that 60% of the world’s population will live in cities by the year 2030 and a large part of the world’s citizens will be over 65 years of age. Therefore, if we maintain the same consumption patterns, we will consume more resources than what earth produces. Attia concluded his speech by stating that “every flat meter, in buildings capable of generating renewable energy, helps reduce pollution and improve the quality of life”.