How do you evaluate the role of the Egyptian media?

The challenges of media coverage and its goals 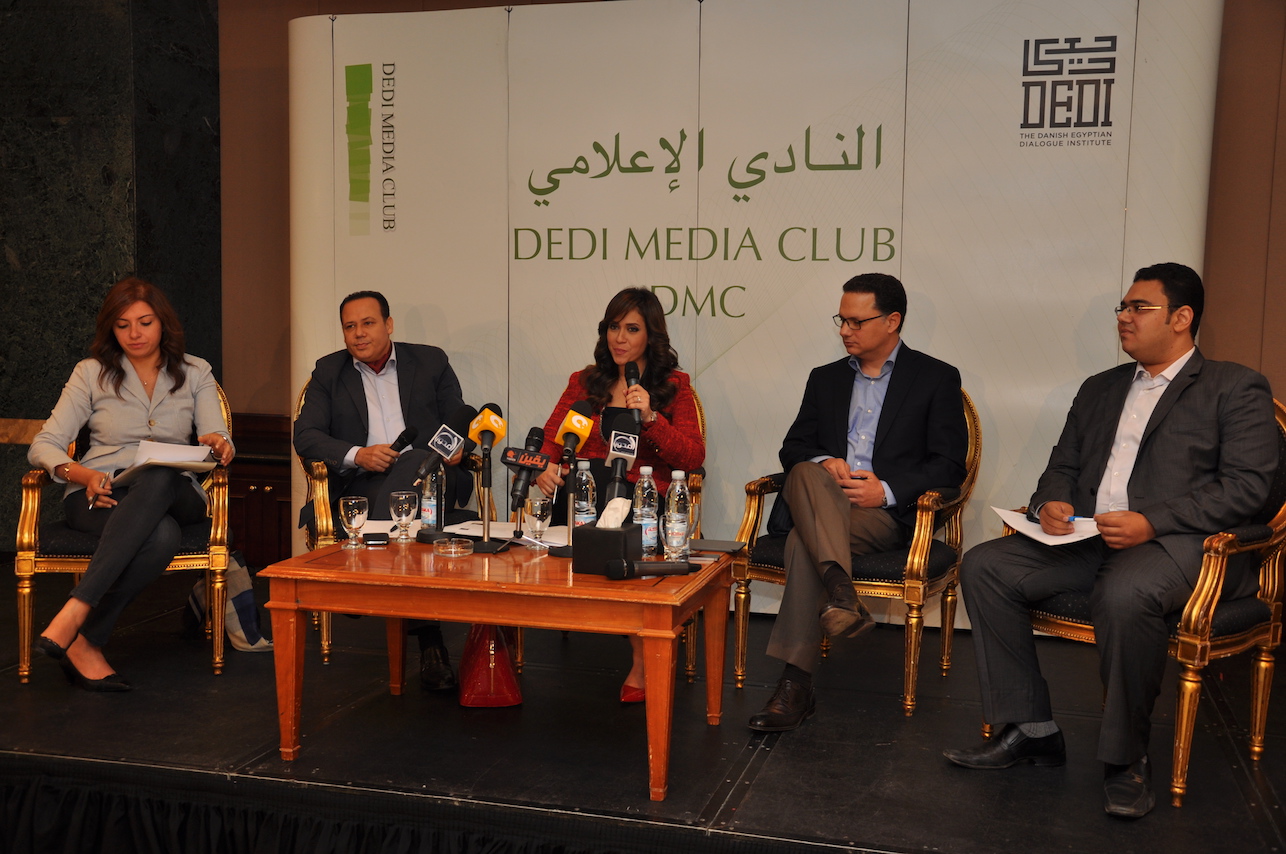 On the 7th of December 2013, DEDI Media Club (DMC) held a seminar entitled “Arabic channels working on Egyptian content, the challenges of media coverage and its goals.”

A group of media experts, with local and global activities, participated in the seminar including Sherif Amer, TV presenter and host of “Yahdoth fi Masr” show; Mohamed Al Werwari, Journalist and host of “Al-Hadath Al-Masry” show; Rasha Allam, assistant professor at the journalism and media department at the American University of Cairo and Columnist at “Al Masry Al-Youm” newspaper, and Mohamed Fathi, Assistant Lecturer at the Faculty of Arts Media Department at Helwan University, journalist In “Al-Watan” Newspaper and Editor-in-Chief , for several programs, at Egyptian TV channel, CBC.
The discussion was moderated by Reham El-Deeb, TV presenter at “Al Mehwar”  TV channel, El-Deeb did not only discuss the content of political programs in several channels, but also discussed various topics in relation to content such as management, ownership, and target audience.