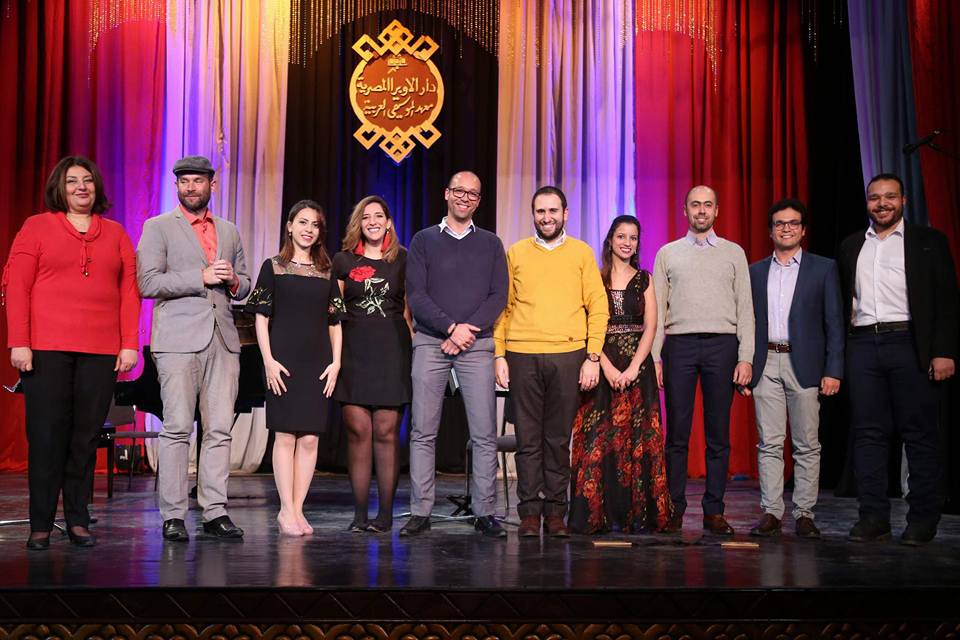 The Danish Egyptian Dialogue Institute has been pleased to support the Between Two Cultures musical workshop and concert, where four young arabic musicians and composer got the opportunity to explore the field between the arabic and western music cultures and traditions under guidelines and supervision of composer Sune Kølster and Nahla Matter. The workshop took place at the Danish Ambassador’s Residence from the 4th to the 6th of February and ended up with a concert Wednesday the 13th of February at the Arabic Music institute.

The workshop aimed at creating a space where the field between western and arabic music cultures could be explored, discussed and challenged. After gotten selected, the four participating arabic composers and the two lead composers Sune and Nahla had 8 weeks to create a composition, mixing the two music traditions. The workshop intended to establish an environment where everyone – with their different musical backgrounds and level of experiences – would inspire and be inspired by the others. Through dialogues and discussions the composers and musicians worked together on the pieces, investigating the expands and limits of the genres, and exploring the ways to combine them while keeping both traditions intact.

The final outcome was presented at a lively concert Wednesday the 13th of February at the stunning settings of Arabic Music institute. The concert was introduced by Arabic poet and radio-host, Fardous Abdel Rahman, followed by the concert, where 6 pieces made by the four young composers, Sune and Nahla were performed by the musicians.

The workshop was arranged and guided by composer Nahla Matter (Egyptian) and Sune Kølster (Danish). Sune Kølster has a long history in classical- and film music composing, but back in the days Sune was an integrated part of the Danish punk-scene, where he got used to challenge the traditional way of approaching music by already established and well-defined genres. During the last few years Sune has been fascinated by arabic music tunes. When he met Nahla Matter on a trip to Egypt last year they decided to find a way to investigate the possibility of combining the sounds of the classical “western” compositions and the arabic maqam tonality. Between Two Cultures is the outcome.

The workshop and concert were sponsored by DEDI in collaboration with the Danish Embassy and the Cairo Opera house. From the reception, hosted by the Danish Embassy in the Danish Ambassador’s Residence, the evening before the kick-off of the workshop. The evening included a welcoming speech by the Ambassador, an introduction to the “Between Two Cultures” project and presentation of the poster made by danish animator, Sara Koppel, followed by an intimate concert, where the work “Al-Ghareebah” by Sune Kølster was performed for the first time.