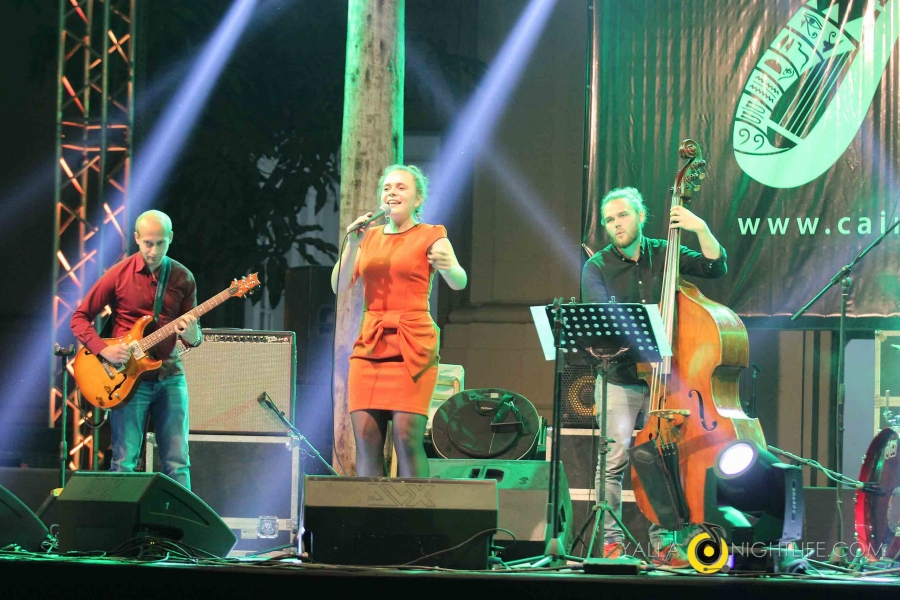 20 – 22 October 2016
The Greek Campus
Narrative report
The 8th International Cairo Jazz Festival (CJF) took place at the grounds of The Greek Campus (Old library
of AUC) from 20 – 22 October 2016 hosting over 90 musicians from 16 Bands and 14 countries (Egypt,
Bahrain, Switzerland, Austria, Portugal, Lebanon, Japan, Czech, Germany, Holland, Panama, Poland,
Hungary & Denmark).
CJF was founded in 2009 aiming to widespread and promote Jazz as a culture, music and a thought. The
festival’s mission is to create a strong music platform for young creative musicians encouraging music
production and cross-cultural projects. The festival is produced by Agwa Productions in collaboration with the
Egyptian Tourism Authority, embassies and cultural organizations in addition to corporations and media
partners.
The program of 2016 has received high acclaims due to its diversity to cover wide range of Jazz styles
ranging from Classical to Avant-garde, however, the attendance this year has shown a slight decline
compared to previous years due to several factors including a high flux of other music events in the same
weekend of CJF, also, due to the economic crisis that the country is suffering from.
Cairo Jazz Festival celebrated its 8th edition 2016 with a simple reception attended by ambassadors of the
participating countries, members of the diplomatic missions, principals of cultural organizations and partners
of CJF.
The media coverage was noticeable this year with a considerable number of local and foreign TV and press
such as: Reuters, BBC, AP, Sky News, Al-Arabia, ONTV, CBC, Nile TV, RFI, Al-Ahram, Daily News, Al
Hayat Journal and many others.
As a CJF tradition, the opening performance was given this year for the first time by the Bahraini band
“LIKWID” and Ala Ghawas that was well received by the public.
CJF performances were alternating over the 2 stages of the festival, the main stage that was built in the
courtyard of the campus and the library stage that hosted more intimate performances.
Denmark as one of the valued partners of CJF since last year has contributed to this year’s edition with 4 of
its promising young talented Jazz musicians led by Estonian Jazz vocalist Karmen Roivassepp who lives and
studies in Denmark.
The quartet was selected this year to perform at the closing of the 8th edition of CJF at the main stage. The
concert was attended by over 700 audiences who enjoyed a colorful and entertaining performance of
Karmen and her quartet. The quartet showcased a repertoire of some original compositions in addition to
modern re-arrangements of classical Jazz standards.
Indeed, the performance was remarkable and engaging the audience as well as it was an important addition
to the program of CJF 2016.
Cairo Jazz Festival would like to thank the Danish Egyptian dialogue institute (DEDI) and The Embassy of
Denmark for their cooperation and support to good culture and regards more upcoming fruitful collaboration.