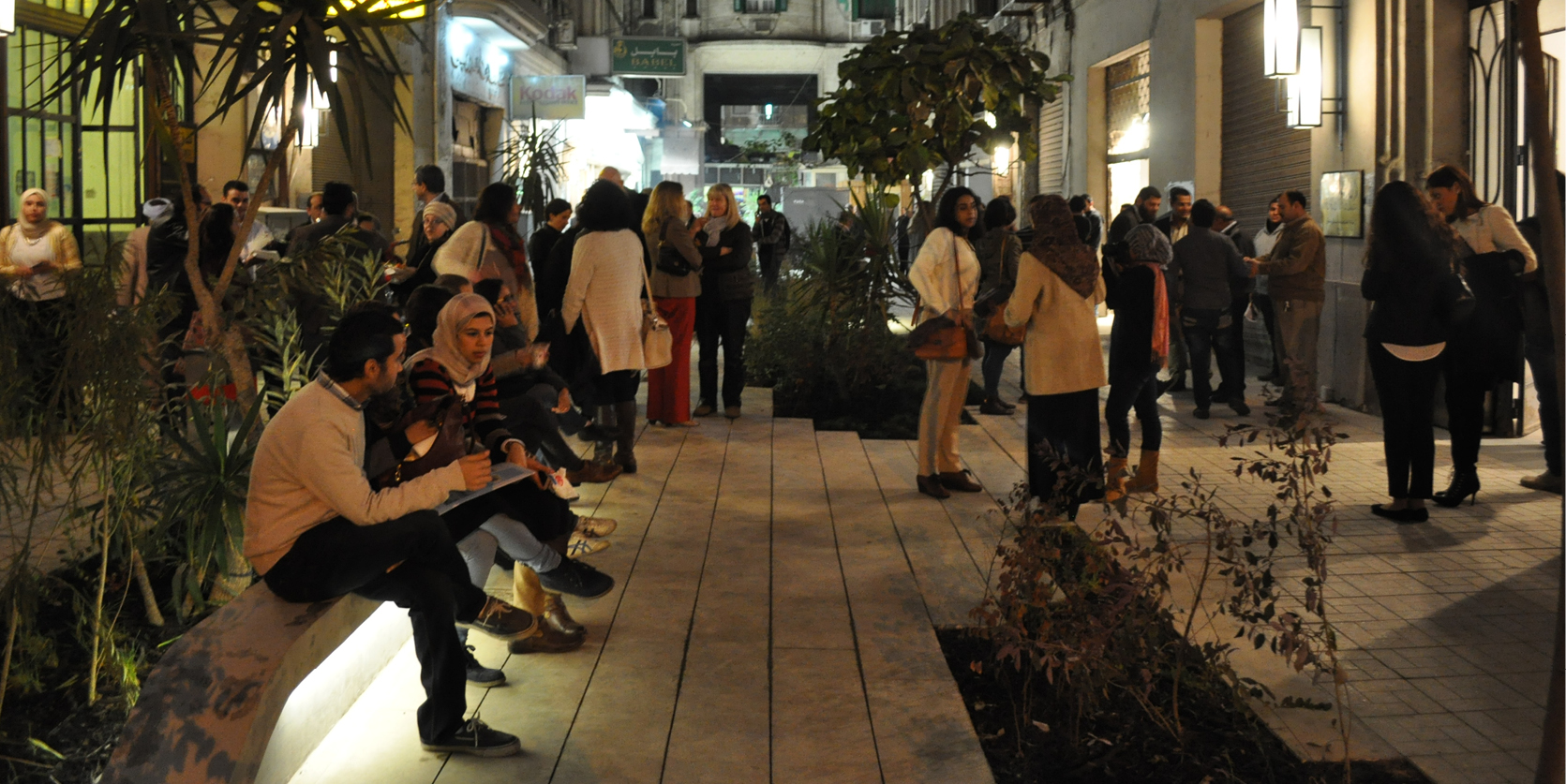 This project falls within the context of a broader research endeavor by CLUSTER, exploring the network of Cairo’s Downtown passages. These passageways offer an alternative framework for the development and revitalization of Downtown.
Cairo Downtown Passages aims to develop a pilot urban design and art project in the northern part of downtown Cairo, highlighting existing and emerging initiatives and activating underutilized public spaces. This passageway redevelopment project emerged from a design workshop held in April 2014, organized collaboratively by CLUSTER with DEDI and CKU, exploring art and design interventions in two passageways in Downtown Cairo: the Kodak and Phillips Passageways. CLUSTER has been working in the two passages over an extended period, undertaking mapping, interviews, and outreach as part of our larger project on Downtown passageways as an alternative framework for development. This pilot project seeks to promote a more diverse, inclusive, and accessible public space downtown.
The outcome of the design workshop selected by a juried review where the “Green Oasis” project for the Kodak Passage and the “Light Oasis” for the Philips Passage. CLUSTER has overseen the design development and implementation of these two schemes, emphasizing a more diverse, safer, and environmentally enhanced experience in the passageways. The “Green Oasis” transforms Kodak into a pedestrian park, while the “Light Oasis” in Philips brings marquee lighting and the possibility for film screenings to a previously dark and decaying space.

Kodak Passage is a linear space flanked by a U-shape building that is empty as many of the surrounding shops surrounding are either empty or have low street traffic. It is a linear passage that connects Adly Street to Abdel Khaleq Tharwat Street. The indoor spaces flanking Kodak offer an opportunity for pilot art and cultural programs that may potentially spill over the passage integrating all premises and engaging these programs with a wider public.