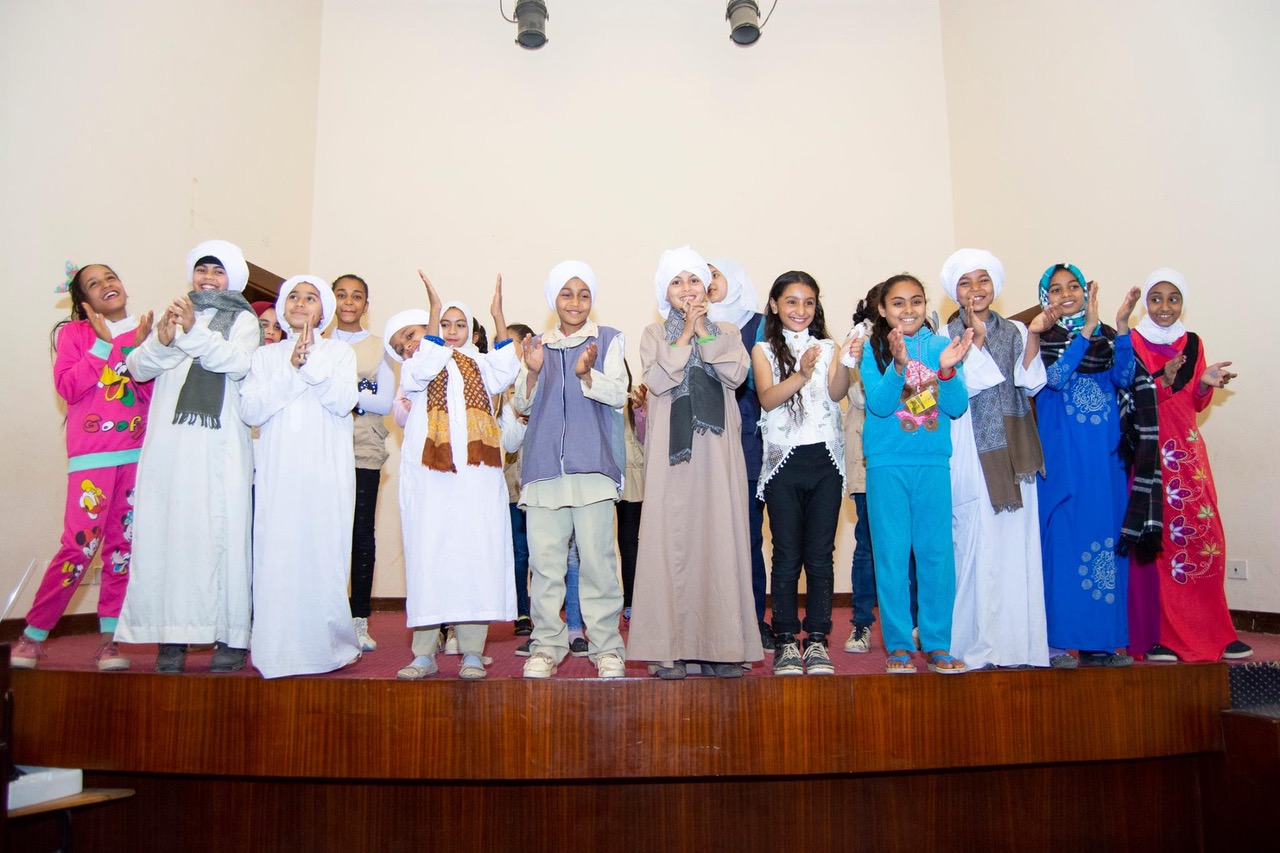 As part of our project “Children as Cultural Creators”, 30 girls in the ages of 11-14 created a theatre play that was performed at the Ahmed Bahaa El Deen NGO in Assiut in front of other children and their parents. The play was the outcome of a 7-days workshop led by theatre director Nada Sabet, with the aim to give the girls the experience of going through the artistic process of co-creating a show from concept design, to costumes and implementation.

On the workshop’s first day, the girls thought of and voted for a topic for the play. Within this topic, they each told a story which were collectively combined and merged into a script that was then adapted for the stage. Throughout the workshop, the participating girls came to experience team work, writing, acting, storytelling, idea development and negotiation all in a fun, safe and encouraging atmosphere

Nada Sabet is the co-founder and Director of Noon Creative Enterprise as well as a theater director, Cultural Manager and Facilitator. She has created work for adults, youth and children in theatrical and non- theatrical spaces all over Egypt. By mixing multiple schools of thoughts and styles, she manages to tackle taboo subjects in fun and thought-provoking ways.

This workshop was the second in a series of 3 workshops taking place in Upper Egypt this spring, aiming at stimulating children to become active participators in creative decision making processes. Each workshop has a theme and focus point, defined by the artist facilitating it. Last July DEDI had invited 3 Egyptian artists to take part in a research trip to Denmark, in collaboration with, BørneKulturpilot a Danish initiative, encouraging children to take the roles as cultural creators and managers in their local communities. The workshops now taking place in Egypt are inspired by the methodologies and expertise of the three participating artists, Ahmed Adel Naiem, Nada Sabet and Salam Yousry.

The project is supported by the Danish-Egyptian Dialogue Initiative (DEDI)