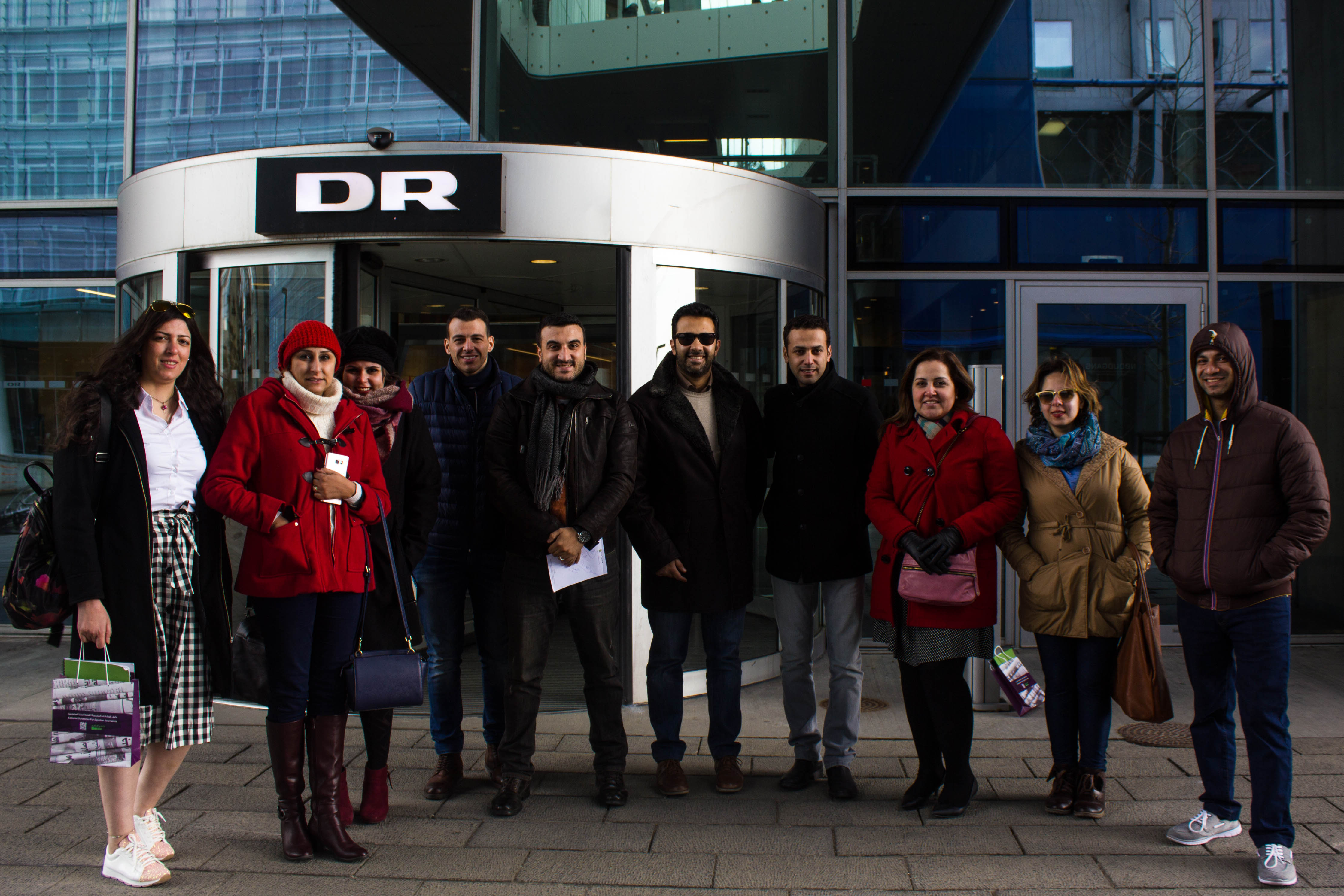 In April 2017, DEDI Media Club organized a study trip to Denmark.
Since its start DEDI used to organize an annual press trip for Egyptian media professionals to Denmark to visit and study closely the Danish media system, to inspire themselves with new professional ideas and establish strong relations with their counter partners in Denmark.
This year’s theme was the challenges faced by the media worldwide, including Egypt, in the era of disinformation, the conflict between opinion and information and other issues that both media in Egypt and Denmark are suffering from commonly.

A delegation of nine young media professionals from different media outlets was invited to participate in the trip. The participants visited DR, the Danish Radio, the largest newspaper in Denmark Politiken, the Danish press council, and the parliament among other visits and meetings.