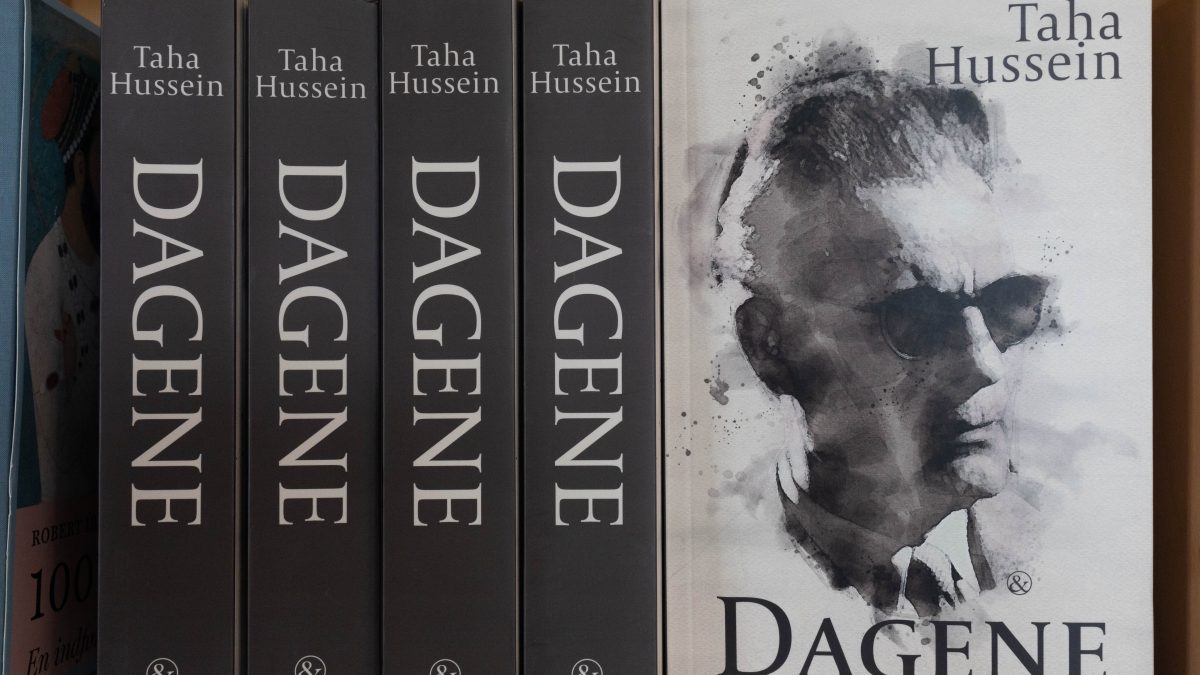 One of the Arab world’s most influential novels has been translated to many languages, but for some reason never found its way to a Danish publisher. Now, almost 100 years after it was first published, with support from DEDI, the book can finally be read in Danish. Together with the Danish folk high school Johan Borups, DEDI organized an event last May to celebrate the publication.

Does ‘ballouza’ mean a fruit salad or a wooden plank? Translator Elisabeth Moestrup didn’t know the word and got many different answers when she asked around among colleagues and friends with knowledge of the vast expanses of Arabic language.

Finding the right word was just one of the challenges she spoke about during a celebration of the publishing of her translation of the Egyptian classic, Dagene, (‘Al-Ayam’, 1929) by Taha Hussein. After five years of painstaking efforts by the translator, and determined work by DEDI to ensure the book would find a publisher, one of the most influential Egyptian and Arab novels was finally published in Danish in last March.

The celebration took place at Johan Borups Folk High School in central Copenhagen. The school focuses on the arts, which is clear to see from the many paintings on the walls, which include some that was painted in Cairo by the Danish painter Niels Nedergaard.

The evening began with everyone singing together a song from the song book that is a central part of the tradition of the folk high school’s non-formal education. The head of the school, Bjørn Bredal, then spoke about the similarity between Taha Hussein and the founder of the folk high school movement in Denmark, N.F.S Grundtvig. Each of them played a major role in the formation and progress of the modern nation states, and were both beloved and despised for their unconventional ideas.

“Our folk high school is built on the basic idea that we should always see each other as humans before anything else,” said Bjørn Bredal, who is also a literary critic and has written the foreword for the Danish translation of ‘Al-Ayam’.

Taha Hussein was blind and couldn’t see the faces of other people, but he embodied a humanistic vision and advocated for a broad and inclusive understanding of Egyptian cultural identity. At the celebration, Professor Jakob Skovgaard-Petersen explained how Taha Hussein’s ideas throughout his life and long after his death have faced resistance from other currents in Egypt, but never lost its relevance.

“Many of the things Taha Hussein stood for has survived until today,” said Jakob Skovgaard-Petersen, who is a professor of Islamic Studies at Copenhagen University and has written the afterword for the Danish translation.

Taha Hussein is known as “The Dean of Arabic Literature” and has held various roles in Egyptian universities and even the government. A popular television show depicted his life in the 1980s.

“This TV series has been shown again and again and again, and for many Egyptians this is how they know the story of Taha Hussein,” says Pernille Bramming, DEDI’s Coordinator, during her presentation at the event.

She had selected clips from Taha Husseins television appearances to give the audience a sense of who the author was and how he was portrayed.

Taha Hussein is not a well-known name in Denmark, but that can hopefully change now that his most seminal work can be read in Danish. It was made possible after DEDI decided to support the translation and the publisher Jensen&Dalgaard accepted to publish the book.

Following the speeches, the audience of around 70 people had the chance to speak to the publishers and buy the book, while they tasted delicious Kahk, the traditional buttery biscuit typically eaten during the feast following Ramadan and Karkade, a cold, refreshing hibiscus drink all provided by the Egyptian embassy in Copenhagen. 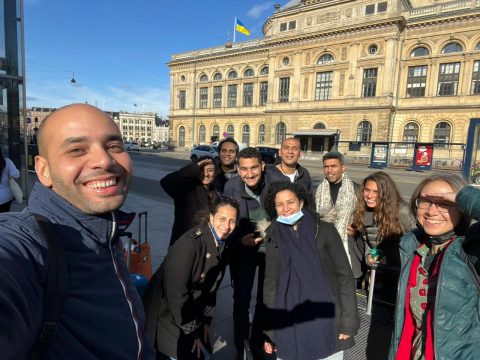 Cairo-based Ahmed Deiab is one of 13 Egyptian filmmakers and industry professionals attending CPH:DOX.