City Affect: Ethnography and the Everyday 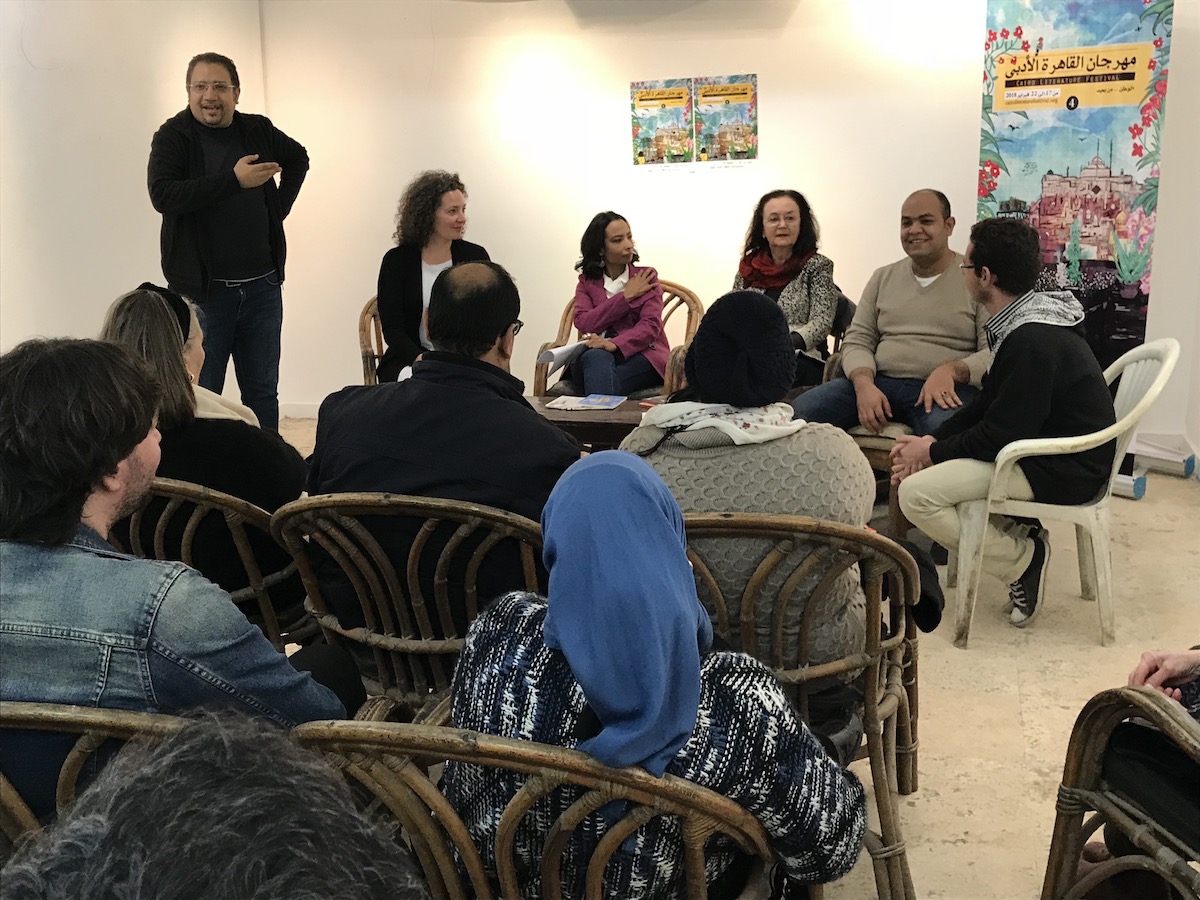 The Danish author Anne-Cathrine Riebnitzsky participated last week in a cultural evening as part of the activities of Cairo Literature Festival. The event took place in Cairo Atelier and was held under the auspices of the Danish Egyptian Dialogue Institute which is also one of the festival’s sponsors. The festival enjoyed wide participation from countries such as Denmark, Switzerland, Syria and Palestine.
The event was also attended by the Swiss-Slovak writer Irena Brežná and the Egyptian writer and journalist Samar Nour.

Riebnitzsky confessed that She was fortunate for her mother’s particular interest in making her learn foreign languages. She studied German and then studied English in Britain as well as Spanish in Spain. She made her way to literary writing with the guidance of a literature professor.

The Danish author clarified that she knew from the age of 15 that she was going to become a writer, but people around her kept saying: “writing will not grant you a steady income. You’d better search for a simple job in a bank, for example, or any other traditional job”. Her parents also refused her desire to pursue a writing career.
As for her view of the connection between journalism and literature and their reciprocal influence on a writer who practises both forms of writing, Riebnitzsky said: The subject does not abide by a specific rule; it is relative from one person to another.
“Writing for the press has helped me in my literary writing, and the other way around, I consider it a round trip. If we may establish a general rule for the interrelationship between journalism and literature, I would say that journalism adheres to facts while literature is mainly fictional but also includes certain facts,” she said.

For her part, the Swiss-Slovak writer Irena Brežná said that her family emigrated from Czechoslovakia when she was 18 years old. She explained that when she married a German writer, she imagined that he would write everything she said, which he didn’t, so she resorted to writing her own thoughts.
Brežná said that her award from the University of Berlin encouraged her to keep writing. She also noted that her father was a lawyer, but he had to work as a labourer in order to sound like a “good communist” as she expressed.
As for her journey with literature, she explained: “When I started literary writing, my first heroine was the fruit of my imagination. However, many persons thought I was the main female character of the novel, but I told them that it was a fictional character and that there was a big difference between reality and the way reality is represented.”

In her turn, Egyptian writer Samar Nour said she engaged herself in the Egyptian revolution in 2011 like any other Egyptian citizen, noting that she has been working in the press since 1998. Her journalistic experience includes social press, reportages, arts as well as accident reporting.
Nour said her experience in accident reporting inspired many of her short stories, including a story entitled “A Lonely Boy’s Room.”
Nour stressed that working in the press involves a lot of troubles and can hold many risks which could disrupt a writer’s creativity. She thinks it’s necessary for any writer to devote themselves to literature.
According to Nour, the negative impact of journalistic work on a writer’s literary career surpasses its positive outcome.