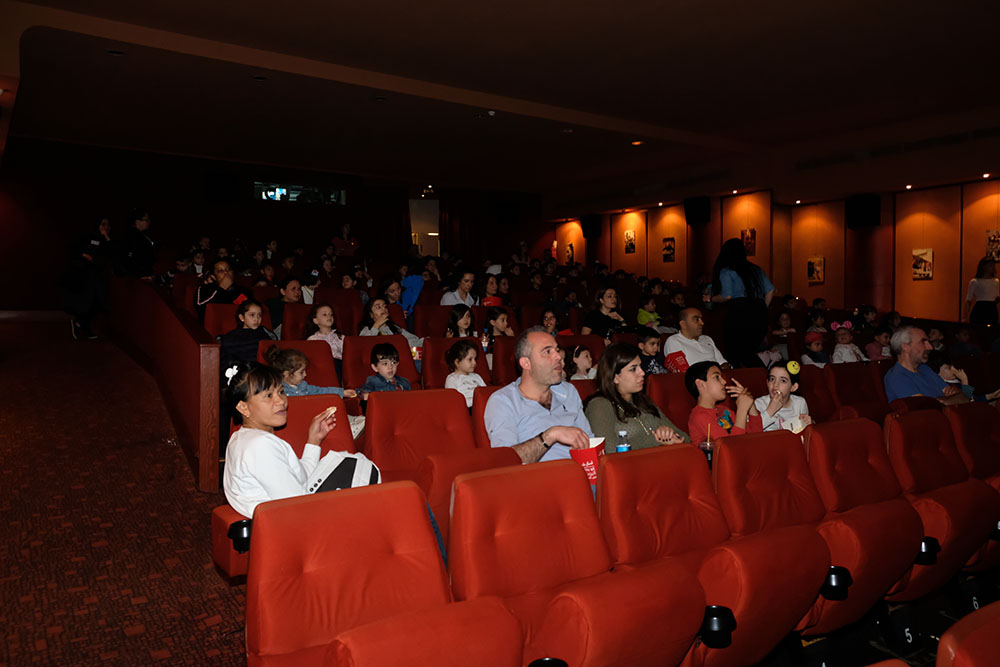 DEDI had the pleasure to present the animation movie, The Boy Who Wanted To Be A Bear, at the 4th edition of the Metropolis Youth Film Festival in Beirut. The movie is a Danish-French production, directed by Jannik Hastrup, telling the story of a 10-year old boy being raised by polar bears, until his biological father finds him and brings him back to human society. The boy, being unable to adapt to his new life, begins to wish for the impossible: he wants to become a bear.

The screening is a part of DEDI’s activities in the field of children films. The Metropolis Youth Film Festival was created in 2016, and is one of the few film festivals in the region targeting children and youth specifically. This year’s selection presented 7 featured films, 4 programmes of shorts, a ciné-concert and 3 workshops; all tailored to suit various groups from 2 to 18 years old.

The festival took place from the 11th to 14th of April, and was organized by the Metropolis Association in partnership with the Danish Egyptian Dialogue Institute, the Danish Embassy in Beirut, NAAS – Network of Arab Alternative Screens, Dar El-Nimer for Arts & Culture and the U.S. embassy in Beirut