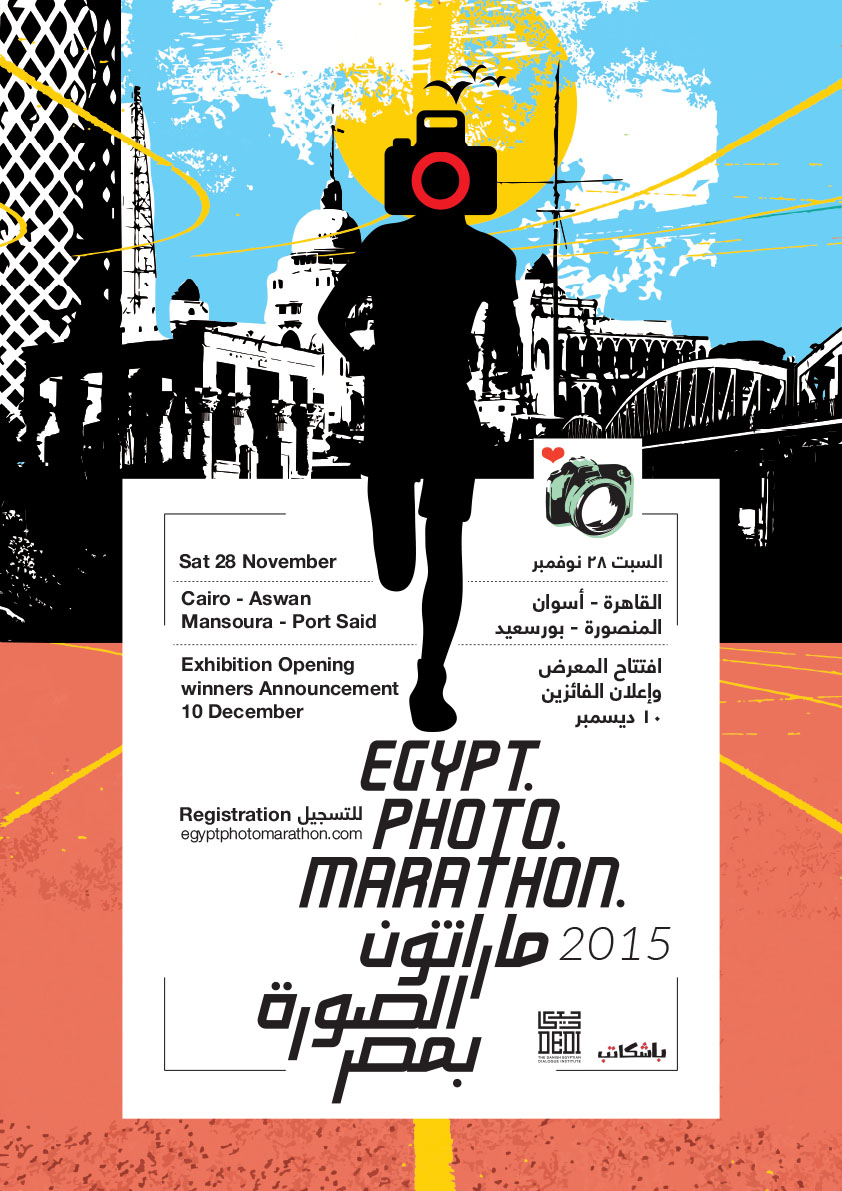 Bashkateb in cooperation with the Danish Egyptian Dialogue Institute, (DEDI), launched the Photo Marathon 2015 on November in Cairo, El Mansoura, Port Said, and Aswan. The Photo Marathon is a photography competition that is inspired by the Danish Photomarathon where professionals and amateurs participated using their digital cameras or smartphones to carry out some certain photography tasks on the day of the event.  The photos produced through the event have been evaluated by a committee of judges that announced the names of the winners during the closing ceremony that held on December 2015.
The Egypt Photo Marathon 2015 aims to create a community of photographers and enhance the interaction between the photographers, their cities, and the neighborhoods they live in. Egypt Photo Marathon 2015 also provided the amateur and professional photographers with the opportunity to showcase their photographs freely without any limitations except for the rules and regulations of the competition.

EPM 2015 produced an archive of 1,122 photos of contemporary Egypt from the perspective of inhabitants. Some of these photos have been published on Bashkatib’s website winning photos; they will also be shared through Bashkatib’s social media accounts. Bashkatib will keep the archive as a resource to draw from time to time to share on its accounts.