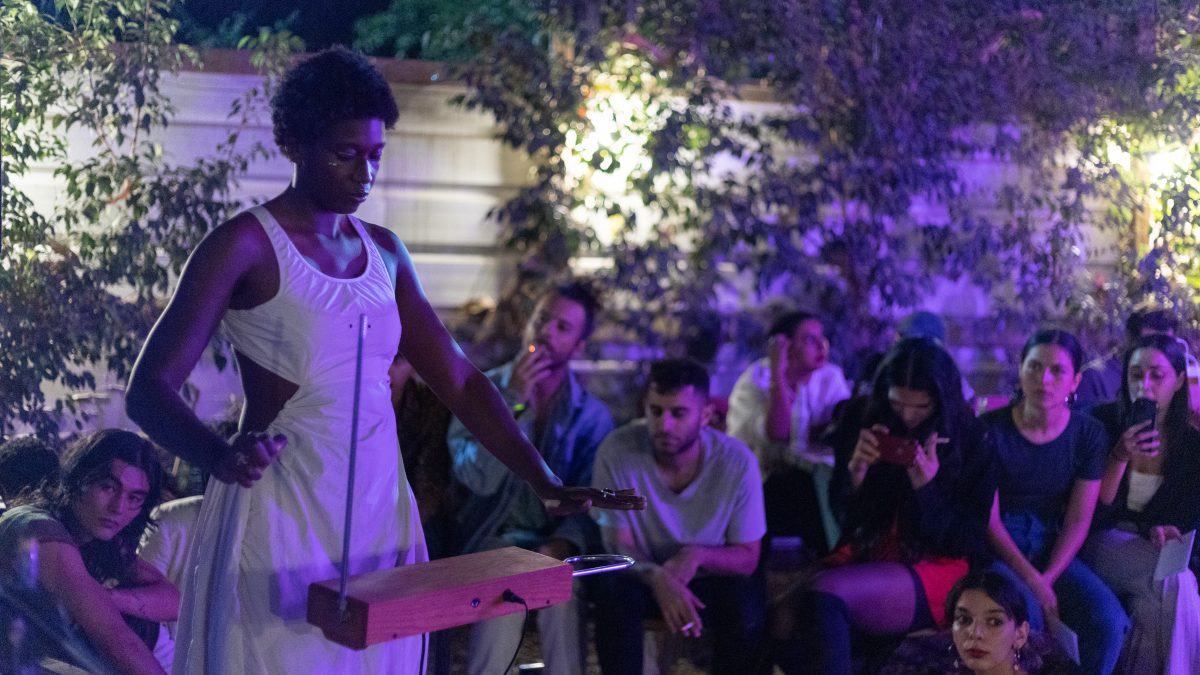 Guided by the title Nu Rising, 15 Danish and Egyptian artists joined efforts during a two weeks long workshop and created art works for a fascinating and successful exhibition at the Bardo Clubhouse in Cairo.

The ancient Egyptians envisaged the oceanic abyss of the Nu as surrounding a bubble in which the sphere of life is encapsulated, representing the deepest mystery of their cosmogony. Nu rising was thus referring to the creation, and it would seem that the 15 artists could hardly have chosen a more powerful and inspiring starting point for their collaboration on exploring different forms of mythology. 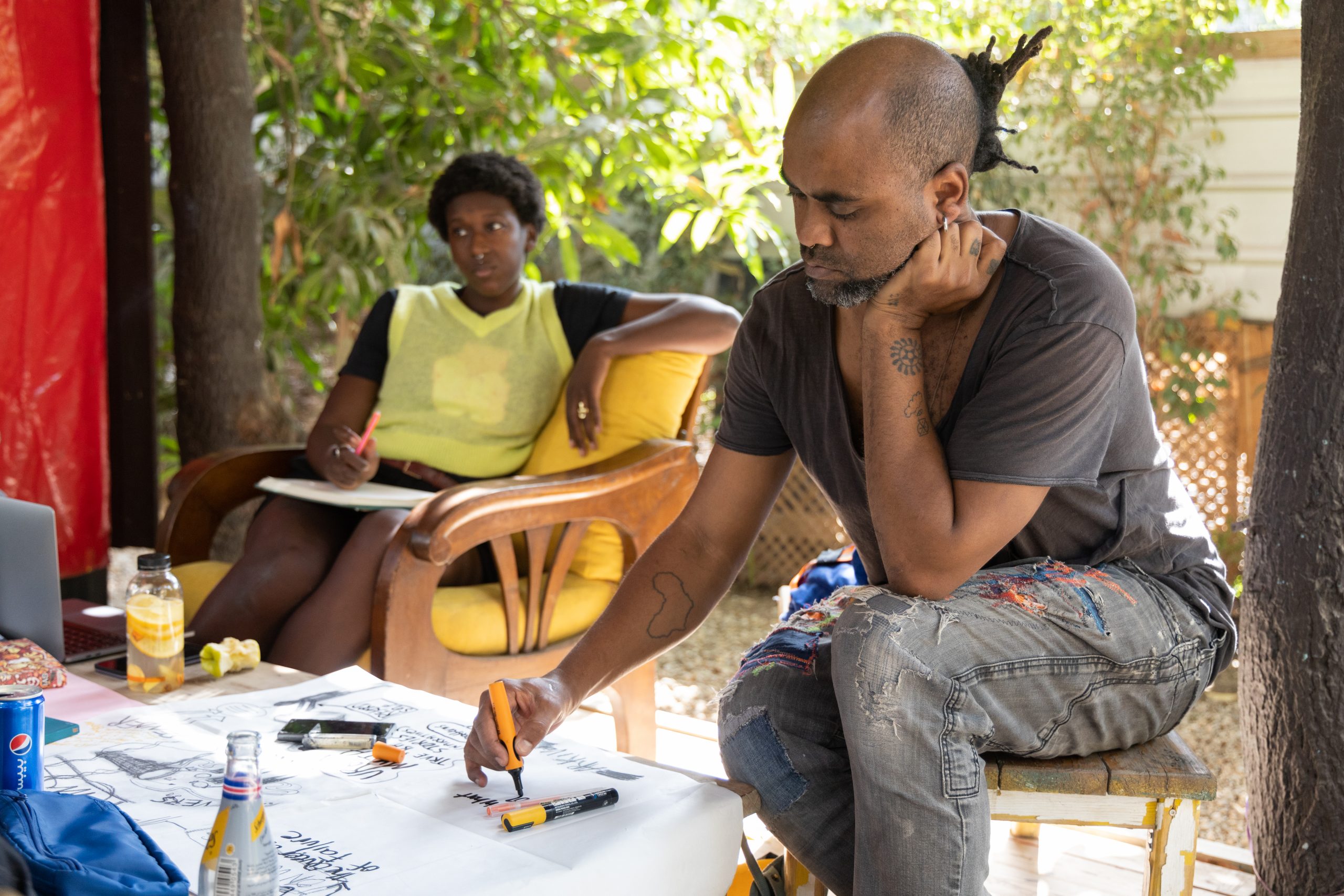 The participants of NU Rising art collective working on their projects

“All of us participated some way or another in the productions of each piece,” the Egyptian artist Nora Khorshid explains.

With the help of her colleagues, she created a room that represented a merger of various creation myths and formed a universe of her imagination. A projector animated characters painted on the adjacent wall who were telling the stories of creation.

“I had this idea before we met in Cairo, so I asked everyone to read their story and send a voice recording of sound theme to go with it,” Nora Khorshid tells.

“I was mesmerized with what they sent. It felt like I could hear my brain through other people’s voices”.

A multitude of landscapes

The artists, who all have an interdisciplinary artistic background were selected by Jacob Kaarsberg and Janna Aldaraji. The workshop in Cairo was the first time that they had the possibility to meet all together.

Outside the room of Nora Khorshid’s universe, Yazan Al Zubi had set up an interactive screen, exploring a multitude of landscapes and how they serve as main elements in myth making or weaving: The landscapes would appear, warp and morph according to the viewer’s motion. 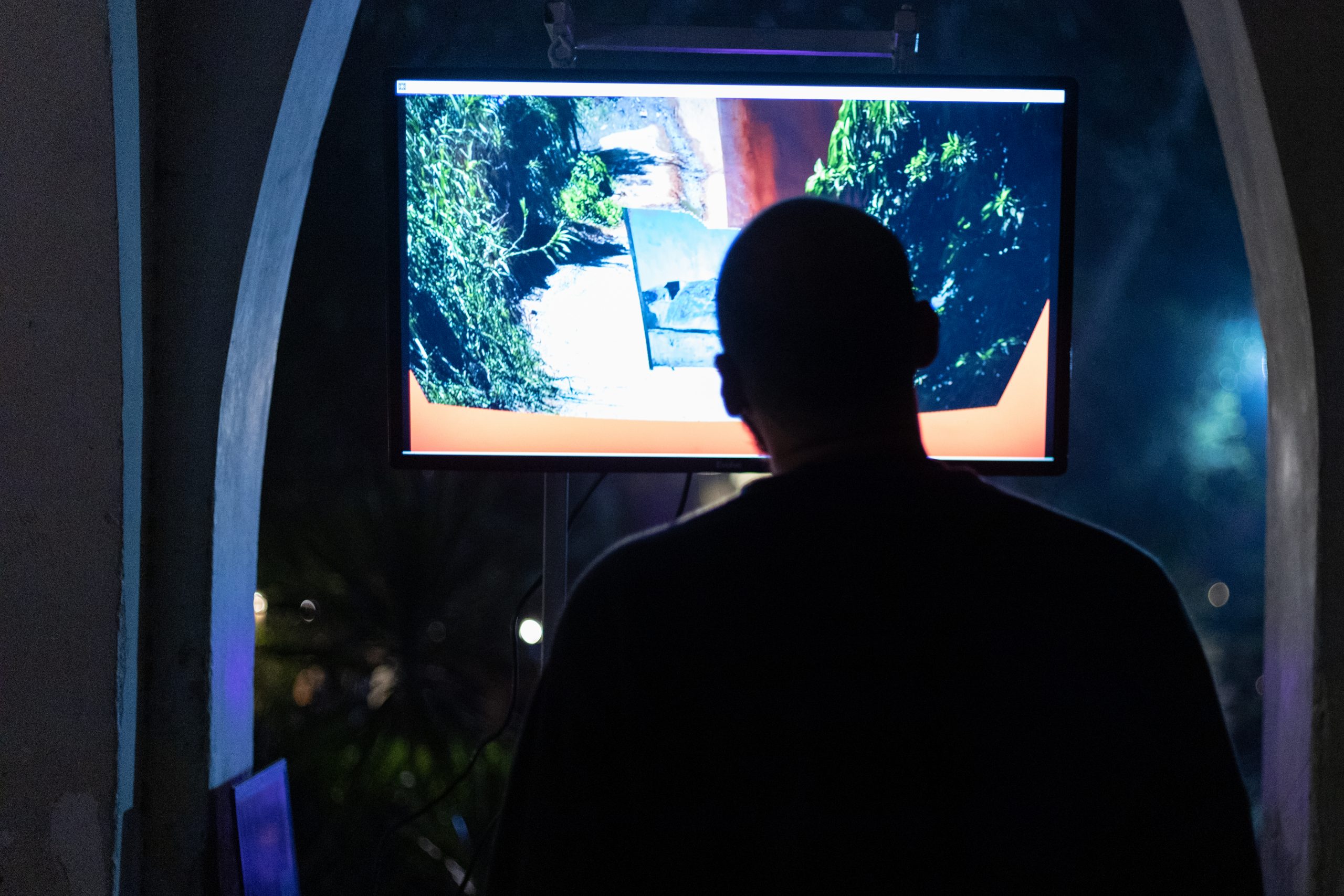 Walking down the stairs and in to the beautiful garden of Bardo Clubhouse, the visitors would find a treehouse with sculptures inside that were working as speakers and microphones to record and broadcast urban myths. The treehouse was covered by colorful and lively paintings depicting mythical human creations. 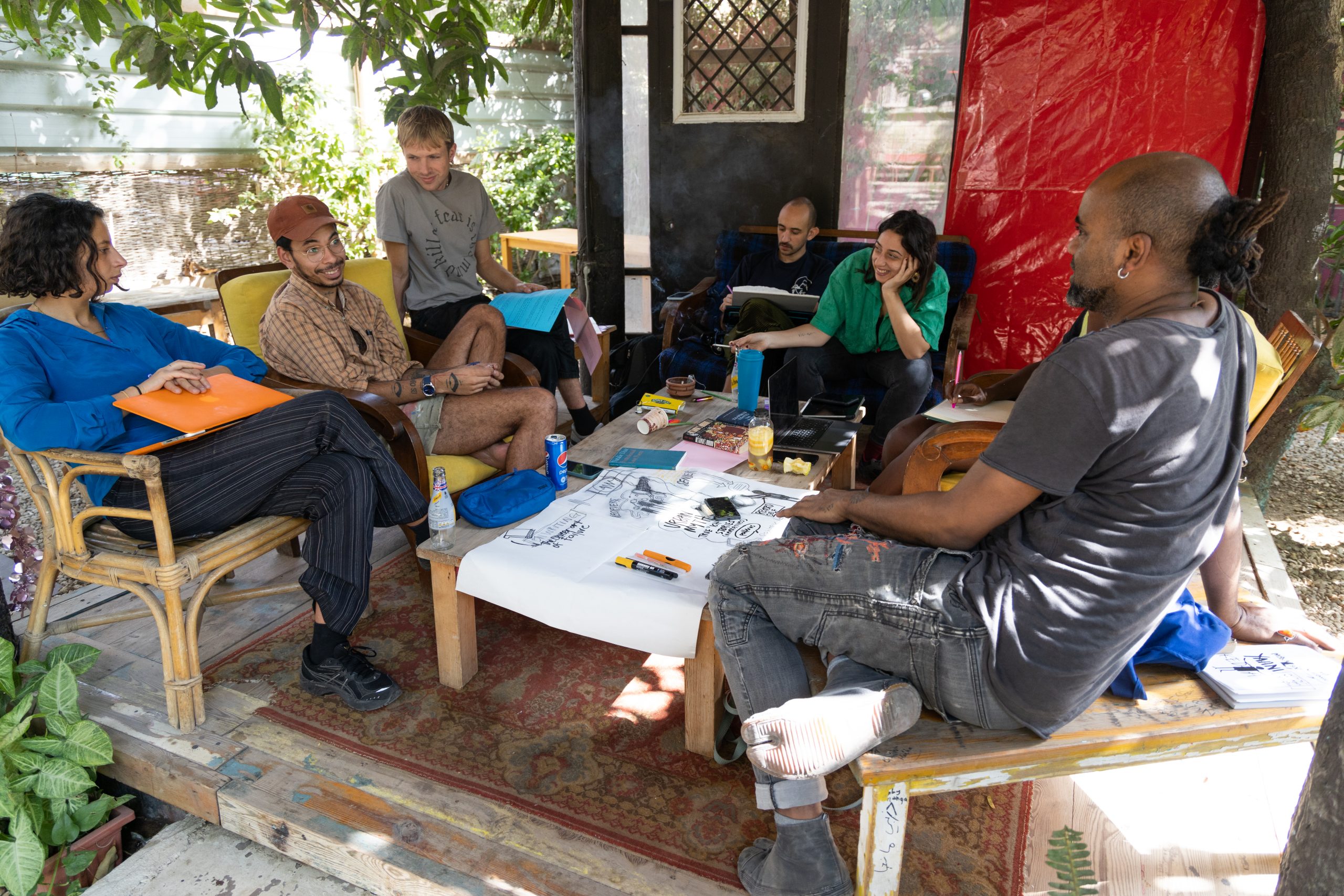 The participants taking a break in the shadow

“I realized that sharing a language for communication isn’t enough. There is so much more to learn in order to understand the Egyptian culture,” Felis Junior says. He was himself born in Brazil but have been living in Denmark for many years.

“In Europe, it’s easy to think that once you’ve found a common language for communication like English, it is enough to understand whoever you are talking to because we share a western culture,” he explains.

For him, the workshop became a very rich experience that also let him see new perspectives of culture diversity.

The very first art work that visitors at the exhibition would encounter, was a giant wheel at the entrance and one of the artists telling them: “Spin the wheel to know who you are!”

You could be the weaver, the river, the blind, the hand, the trickster, the child, the caregiver as the wheel explored a spectrum of myths related to human characters. The visitors would spin the wheel and pick up a paper that explained the traits of each category.

In case you are wondering, the writer of this article was The River.

At the end of the first day of the exhibition the participants and the visitors gathered in the big hall in the middle of Bardo Clubhouse. Some of the artists had brought their musical instruments – cello, violin, clarinet and computer – and they have prepared a song for each character the wheel contained. Anyone wishing them to show what his or her character would be like in musical form, would then stand up, move forward and show them the paper they had picked at the wheel. 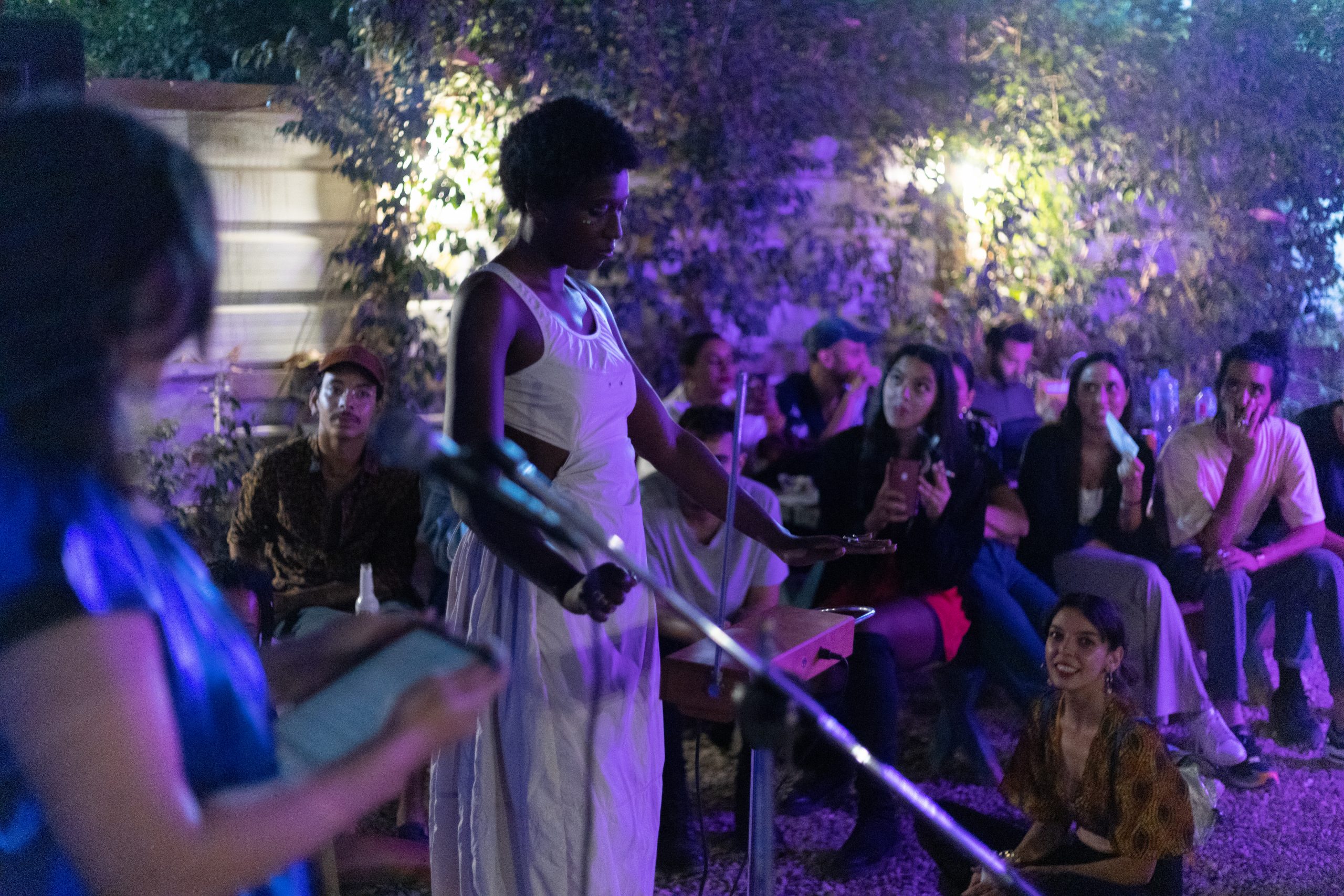 The exhibition opened with a musical live performance

The exhibition Nu Rising was shown at Bardo Clubhouse from October 28 to November 4, 2021.

The 15 facilitators and artists were:

Watch this video from the Nu Rising exhibition

Read about the DJ Masterclass 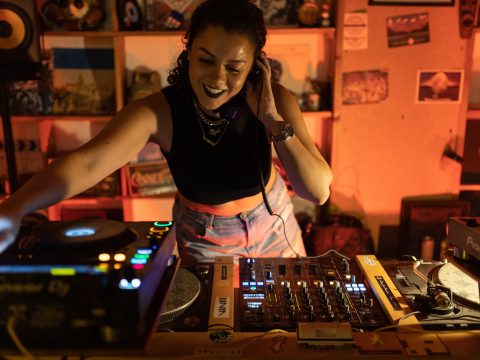 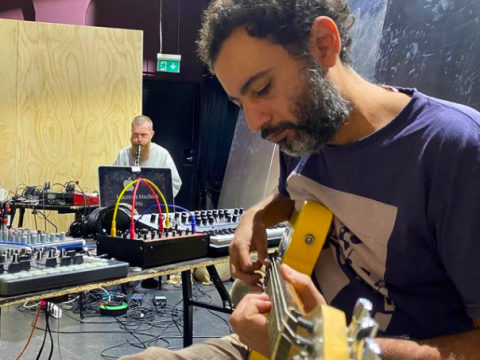 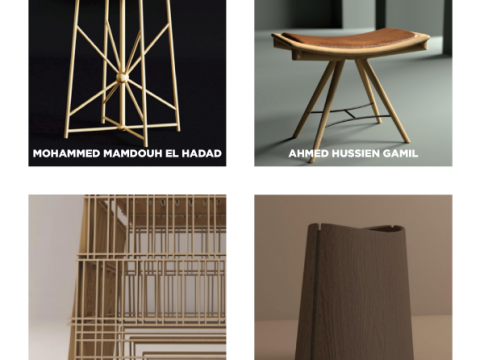