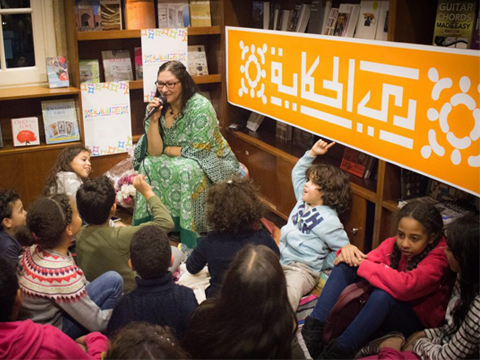 Samia Jaheen launches her second audiodrama, a collection of Egyptian and Danish folktales, at the Hakawy International Arts Festival for Children in Cairo.

Telling stories is the passion of Samia Jaheen and now her second audiodrama, Dil-hekaya II, (“That’s the story II”) has been published. The CD contains a new collection of Egyptian folktales composed and recorded in witty and dramatic versions by her. Also, a number of H.C. Andersen’s fairytales are to find in the collection. Her first performances of the new collection take place this week at the Hakawy International Arts Festival for Children in Tahrir Center.

“Dil-hekaya started with my passion for telling stories to children. I wanted to tell them the folktales I was told as a child by my grandmother, uncle, aunt and bigger brother,” Samia Jaheen explains, when asked about her motivation to start the project. “But I found that these folktales, weren’t available anywhere — or at least not in colloquial Arabic. So, I transcribed them myself and began telling them to my children, and to the children of my friends.”

Samia Jaheen started the project three years ago as she discovered that the Arabic folktales she loved to listen to as a child were slowly getting lost and forgotten by the new generation growing up in a world subjected to the stories created by Disney. To save the Arabic heritage of folktales from extinction, she collected her favorite stories to modernize and rewrite them in Egyptian dialect. This resulted in the publication of the first Dil-hekaya CD in 2017, which is the first recorded audio-drama for children in Egypt.

“In the beginning I was very worried about children not being used to sit down and listen to stories anymore,” Samia Jaheen says, thinking back on her first public performances. But luckily children still enjoy listening to a good story, and over the past years Dil-Hekaya gained a wide popularity, as Samia Jaheen has toured Egypt and Denmark performing her stories for children in libraries, schools and at festivals.

In her collection, it’s possible to find a few stories originally written by the world-famous Danish fairytale writer H.C. Andersen, who is the author of well-known tales like The Ugly Duckling, The Emperor’s New Clothes and The Little Mermaid. Folktales are known for their tradition of being passed down orally from one generation to another. This means that they often have various versions and can be difficult to track back to their origin. H.C. Andersen’s tales are no exception, which is why they have been included in Samia’s collection.

“Some of H.C. Andersen’s stories are almost mistaken for being Egyptian stories. They were stories told to children by their grandparents, who never really knew that these were Danish stories. Now they have become integrated in the Arab folklore to the extent that they exist in many different Arabic versions as well.”

This is not the only reason for Samia Jaheen to include the Danish tales. As she points out, they have a sarcasm, humor and environmental context that fits the mood of present Egypt.

“As I started to read H.C Andersen’s versions of the stories I knew so well, I noticed how sarcastic they were; how his way of writing and the world he is creating is so close to our reality, and I felt like it fitted with the mood and the environment I am trying to set in the stories I am telling.”

The fact that many folktales exist in various versions makes the process of collecting them time consuming. It took the German Brothers Grimm more than 50 years to collect and edit the Grimm’s Fairy Tales in the late 17th and early 18th century, and even though most tales today already are pre-collected in books, online collections, or synopsized in short descriptions, most of them still exist in many versions and only in fusha, the standard Arabic language.

“Sometimes the characters names were different. Sometimes the storyline was different. If it was an animal story, there were sometimes more animals, or less animals. And the story would be told differently in upper Egyptian families than in the city. So, I tried to collect as many versions as I could, before transcribing and rewriting them in Egyptian dialect by putting my favorite parts together.”

At the Hakawy International Arts Festival for Children, Samia Jaheen will launch her new CD, Dil-Hekaya II, which is published with the support of CKU & DEDI. Samia’s stories are known for their wit and warm-hearted ambience, but this time she decided also to include a rather sad story.

“I think it’s important for children to be faced with all sorts of emotions and not just happiness and butterflies,” she says, explaining why the story the Teapot by H.C. Andersen made it to the new collection. “So, I picked the story of the teapot, which is a very short, slightly sad story, yet filled with strength and beauty.”

Another special feature about the teapot-story is that it’s accompanied by soft melodies of a song called Teapot, which lyrics were written by Samia Jaheen’s father, the renowned poet Salah Jaheen.

Dil-Hekaya II is a collection of 8 new dramatized audio-recordings suitable for children at all ages. Beside the modernized versions of Egyptian folktales, the collection includes two new translations of H.C. Andersen’s tales The Teapot and What the old man does is always right, and two stories influenced by the African culture.

“I feel it’s very important to preserve our stories. To revive them, to transcribe them, to make sure that the new generation know them, whether it’s the Egyptian, Arab, African or Western stories that have been told for ages,” Samia Jaheen says. “It should not only be the stories that Disney chooses to make into movies, that are preserved. This is why I want to continue with this project, and I hope more will join in the future.”

Dil-Hekaya I & II are available on CD, and online on Dil-Hekaya website  as well as on DEDI soundcloud 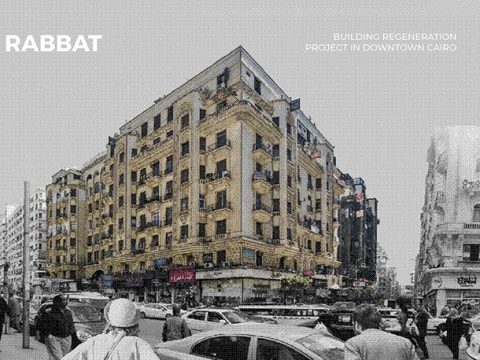