A Second visit to the furniture makers in Damietta 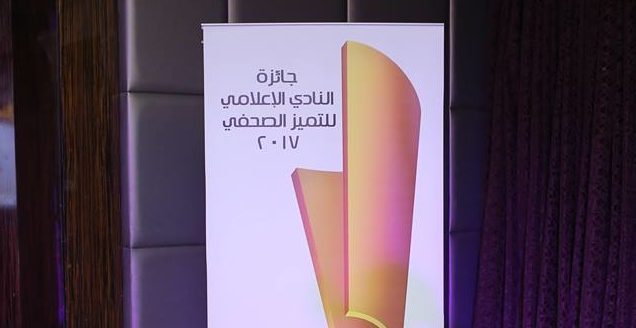 DEDI Media Club is organizing an awards ceremony for the first edition of its competition for “Media Excellence” tonight at 8:00 pm in the Fairmont Nile City Hotel.

A few days ago, the club had announced the results of the competition which was won by three participants: Hammam Megahed for his report on the deficiency of imported medicines presented through Al Nahar Tv/Extra News, Mohamed Hassan Amer, from Al Watan newspaper, for his interview with Fethullah Gülen, and by Hoda Zakaria, from the Youm7 newspaper, for her investigation entitled “Breaking through the organ trafficking gangs of African refugees”

In its statement of results, the jury said that the criteria adopted in selecting the winning entries were summarized in six elements: accuracy, balance, neutrality, objectivity, effort and good selection of sources.

The jury emphasized that the scale, the quality and the diversity of participation at the first session prove the seriousness of the competition and raise expectations regarding the award.

More than 90 media professionals from various press and media organizations participated in the competition, all of whom having previously attended the trainings provided by the club since 2015.

According to the statutes of the award, DEDI Media Club awards the Journalism Excellence Award to journalists and media professionals who provide outstanding works which are compliant with the Editorial Guidelines for Egyptian Journalists. The latter guide was issued in 2015 by DEDI Medic Club which provided training for hundreds of journalists on how to use it through a number of advanced training courses.`

The president of the jury is Prof. Dr. Howaida Mostafa, professor of mass communications at the University of Cairo and the director of the Radio and Television section at the Faculty of Mass Communication. The jury included also Mr. Abdullah Al-Sinawi, reputable journalist, and and Mr. Yaser Abdul Aziz, media trainer and consultant.