Between absolute freedom and strict rules

Media as a bridge of understanding 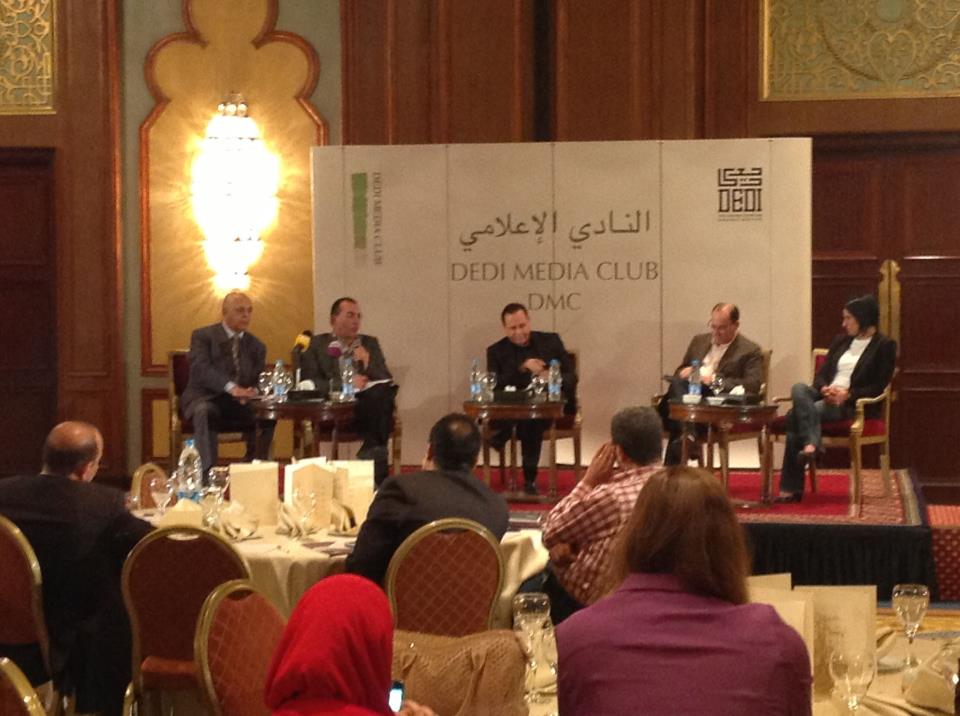 DEDI Media Club (DMC), a subsidiary of the Danish Egyptian Dialogue Institute, held its session titled “On the information system: Views from Denmark” in Cairo on Thursday, November 1, 2012. Choosing this subject came after DEDI Media Club (DMC) decided to invite a number of distinguished Egyptian media professionals to visit Copenhagen in order to get closely acquainted with the features of the media system in Denmark, with its forms of ownership as well as the rules governing it. Many media professionals participated in this session including journalist and TV presenter of the “Baladna bel Masri” show, Reem Maged; Editor-in-Chief of “Al-Shorook”, Wael Kandil; and Editor-in-Chief of “Al-Masry Al-Youm”, Mohamed El-Sayed Saleh. The session was moderated by Mohamed El-Werwari, TV presenter at “Al-Arabiya” news channel.