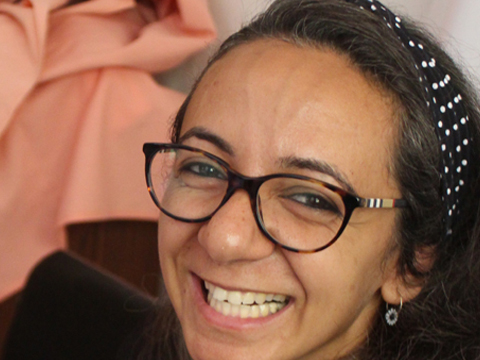 When Rana Gaber went to Denmark in 2010 she was one of 28 selected for the Ambassadors for Dialogue’s international team. Today she is the Project Manager of the Egyptian chapter of the project, thus dedicating the past ten years to train Egyptian, Danish, Jordanian and Tunisian youth in dialogue.

“The whole idea about intercultural dialogue is that the cultural differences are clear from the very start.” These are the words used by Rana Gaber describing the unique set–up of the international team training sessions of the Ambassadors for Dialogue. Entering the project in 2010 as a volunteer and now working as a Project Manager of the Egyptian chapter of the project, Rana has supervised, together with the coordination team of Denmark & Jordan, 7 international team’s training’s throughout the years.

“By putting a group of people with different nationalities together in the same room you’ll automatically see a curiosity of wanting to learn more about each other,” Rana further explains. “This is because the participants by default know, that they’ll have different opinions on a lot of topics. When meeting fellow nationals it’s easier to enter with the mindset of ‘we are all supposed to be the same’.”

Operating since 2009, the Ambassadors for Dialogue build dialogical competencies and enhance mutual understanding between youth across ethnic, religious, ideological, cultural and other divides. On a second-yearly basis they educate a team of 28 young Egyptian, Danes, Jordanians and Tunisians to become Ambassadors for Dialogue. The training follows the methodology of the Dialogue Handbook, which is conducted by the AFD-team itself, and based on their many years of experience.

The four key principles of dialogue are honesty, openness, trust and equality. Uniquely for the program is, that it in it self – through trainings, workshops and seminars – is designed to let the participants practice dialogue while learning. Both the outspoken dialogue one has with the other, and the inner dialogue one has with one self.

“It’s very nice to witness the journey people go through. I was a part of it, I mean, I also went through a journey when I entered the Ambassadors for Dialogue,” Rana says. “I think we all have this stubbornness about who we are and what we stand for, but when put in these international settings we can safely start to questioning our selves. Like, what is my position in this conversation, and why do I take this position? This I believe is very important, because to be able to engage in dialogues with others, you must be able to engage in dialogues with yourself. And being able to questioning your self is the first step on this journey.”

In this way the program helps the ambassadors to become more self-aware by giving the time and safe space to investigate the self in the relation to the other. Naturally this means, that not two sessions are the same. One team can for example be really interested in investigating the social impact of the refugee crisis. The next, passionate about discussing how children are raised in different countries, and which impact this has on the child later on in life.

The international team trainings take place three times through a two-year cycle – once in Denmark, and two times in the Arab region. This year’s team was supposed have met in Egypt in March, yet the Covid-19 crisis made the travel impossible. Throughout the spring the participants have gathered for online dialogue sessions to become familiar with each other and program. If the situation allows it they’ll hopefully meet in real life later on this year.

Read more about the Ambassadors for Dialogues other projects HERE 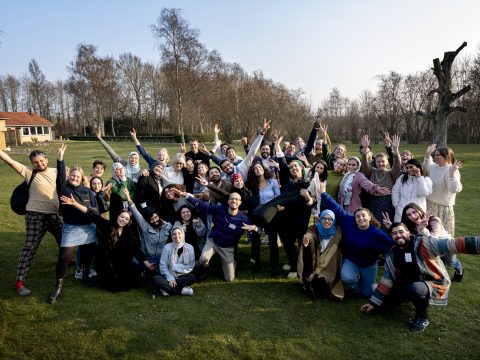 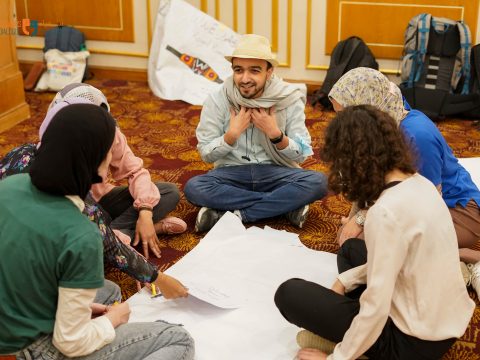 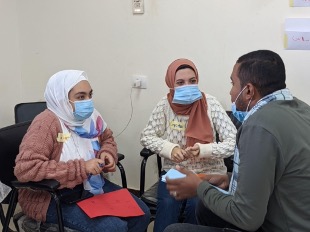