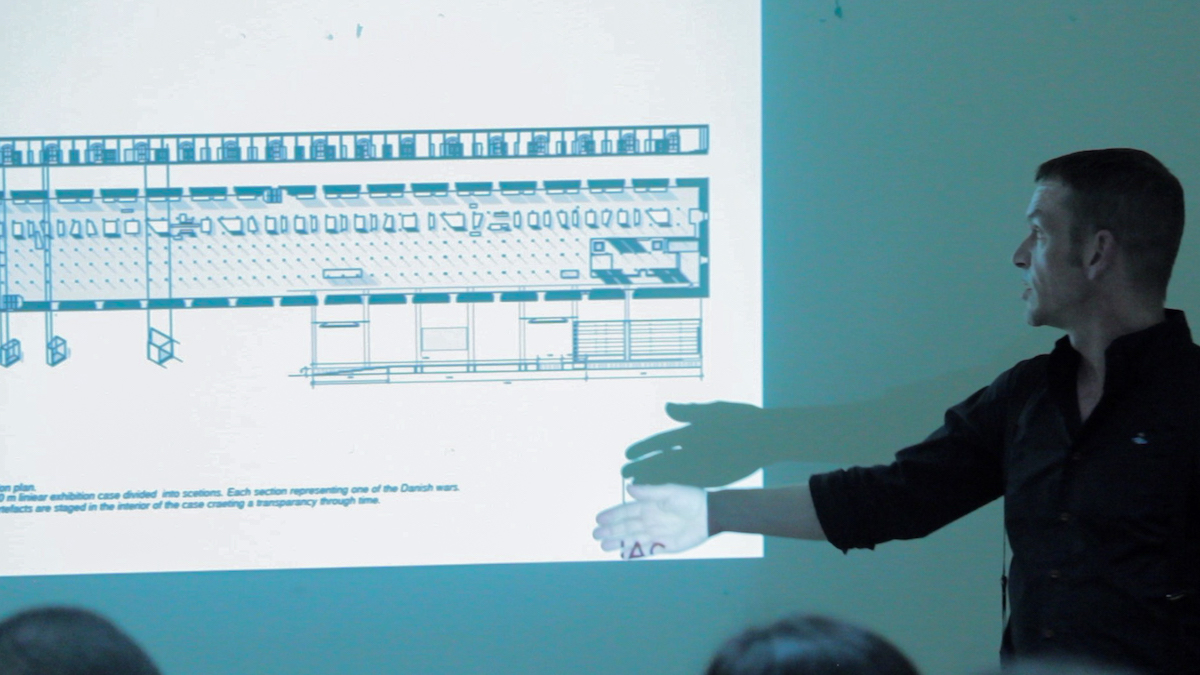 With the participation of a number of specialists and students, the Danish Egyptian Dialogue Institute sponsored a lecture by architect and designer Johan Carlsson, which took place at the Institute’s headquarters in Cairo. The lecture dealt with the organization and design of exhibitions based on aesthetic mechanisms allowing to achieve a balance between spatial interventions and storytelling.
The lecture started with a welcome speech from the director of the institute, Hans Christian Nielsen, who also thanked Carlsson for his response to the invitation, thereby contributing to strengthen the ties between the Egyptian and Danish cultures.
Carlsson, who is also the founder of the Danish exhibition design studio, JAC Studio (2009), explained that his project’s main idea was to create a balance between the theoretical and practical aspects of exhibition design.
Since its establishment in 2009, JAC Studio has been made up of a team of architects, designers and artists whose main professional focus was interior architecture and exhibition design.
The team has worked on world-renowned projects such as the Yumin Art Nouveau Collection in South Korea, the House of Sweden in Washington DC as well as UNESCO World Heritage centres such as the Icefjord Center in Greenland, and the Wadden Sea Centre in Denmark.
Carlsson inaugurated his lecture by presenting different views on contemporary exhibitions design and connected spaces by telling stories about heritage, aesthetics, and sustainability.
Throughout the lecture, Carlsson focused on providing tips on how to organize art exhibitions, work within a team and create standards for the artistic context of a given exhibition.
Carlsson clarified that he used to work in filmmaking before focusing on exhibition design.
In addition to the foregoing, he showcased various design models which were used for a number of exhibitions he has held in Washington, Sweden and other countries of the world. He also reviewed several museum projects around the world from different countries including Denmark as he attached particular importance to the Royal Danish Arsenal Museum.