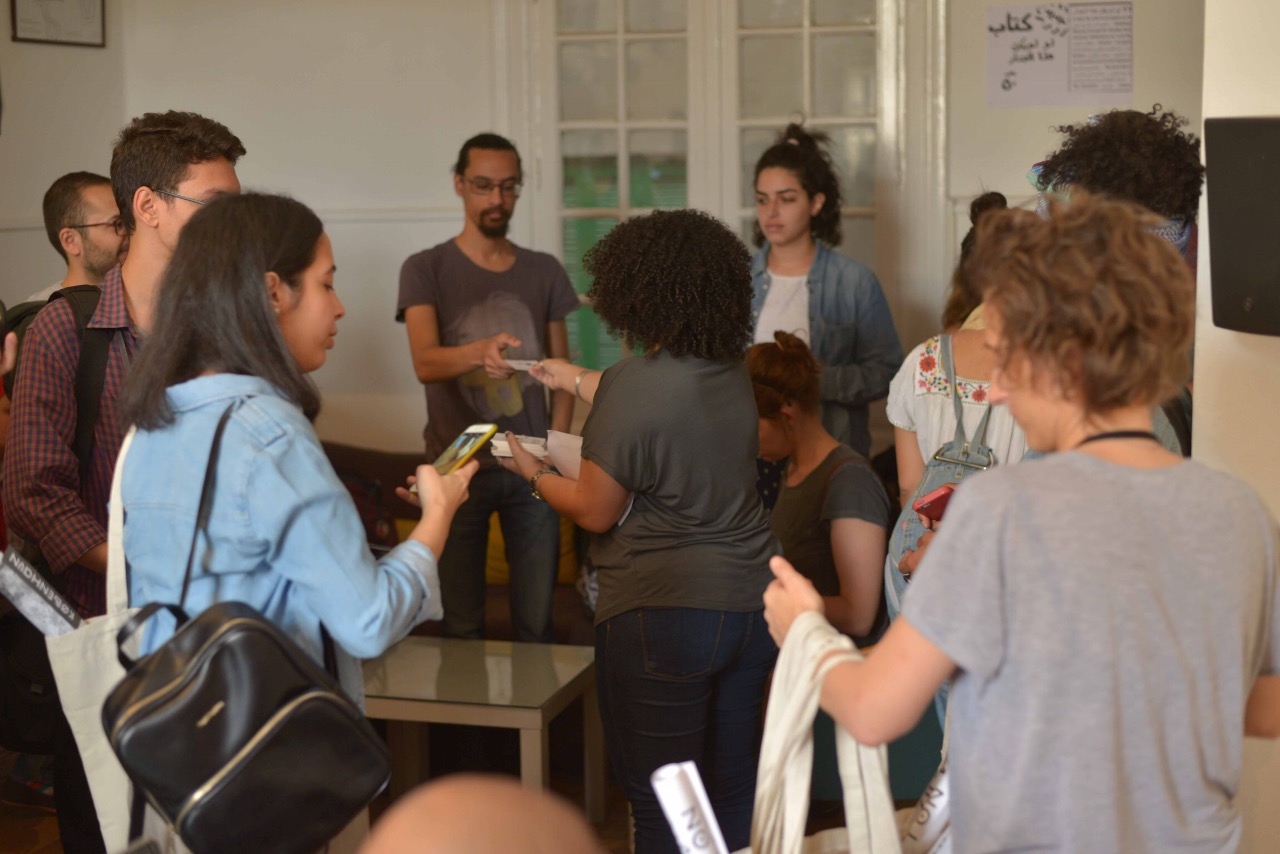 The Danish Egyptian Dialogue Institute (DEDI) launched on Saturday the 2018 round of the Tri-city Photo Marathon in Cairo. The marathon was held in cooperation with the International Media Support Foundation (IMS) in Denmark, the Danish House in Palestine (DHIP) and the Contemporary Image Collective (CiC) which coordinated with Photopia and Megawra for the implementation of the marathon in Cairo.

The Contemporary Image Collective (CiC) received dozens of participants and distributed four topics to each of them during the period from 10 am to 2 pm.
Six other topics are to be handed out to participants during the afternoon to be interpreted from 2 pm to 8 pm.
The ten themes of the marathon were developed by a jury comprising the following artists: Rana El Nemr (Egypt), Amer Shomali (Palestine) and Omar Sharkawi (Denmark).
According to the organizers of the marathon at the Contemporary Image Collective (CIC), the photograph submission deadline is 8 pm. However, participants may submit their entries earlier during the day.

Marwa Seoudi, the arts and culture project officer at the Danish Egyptian Dialogue Institute, explained that the idea of the Tri-city photo marathon dates back to many years as similar competitions were held in several European countries including Denmark.
According to Seoudi, the first round of the Tri-city photo marathon, organized by the Danish Egyptian Dialogue Institute, was held in early January 2011, in partnership with the International Media Support Foundation (IMS) in Denmark.
The winners will be selected by a jury consisting of three visual artists who will evaluate the photos and choose the winner in accordance with agreed standards. The winning photographs, as well as other submitted photographs, will be exhibited after the marathon in each of the three cities covered by the event.

The winning photographs will receive prizes that include professional cameras and other accessories and equipment.
By the 5th of next May, the winners will be announced and the 40 winning photographs, as well as images from each participant, will be exhibited at CiC during the period from 8th to 29th of May.