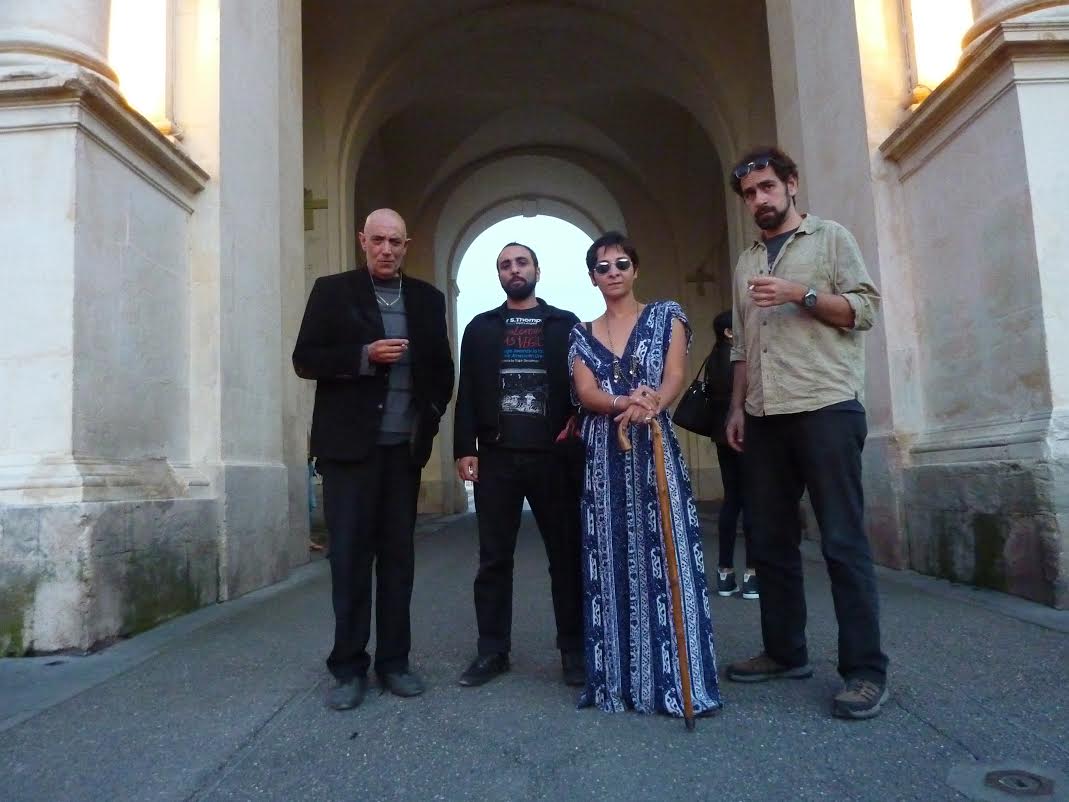 “The Invisible Hands” is a band, that grew from American-Lebanese Alan Bishop’s meeting with three young Egyptian musicians, Cherif El Masri, Aya Hemeda and Adham Zidan, after his arrival in Cairo, shortly after the 2011 uprisings. Together they translated some of Alan Bishop’s 30 year old songs into Arabic and by the end of 2012, they published “The Invisible Hands / El Ayadi El Khafeyya” — a double album with both Arabic and English versions of the songs. Since then, the band grew, and in 2017 film Director Marina Gioti, picked up their story and turned it into a documentary: “The Invisible Hands”.

Last Monday, the 25th of March 2019, the documentary “The Invisible Hands” was screened in cosy candle-light settings at ALICE theatre in Copenhagen as a part of the currently on-going documentary film festival, CPH:DOX. The screening was followed by an interesting Q&A, moderated by Danish radio-host and music journalist, Claus Vitus. The audience asked intriguing questions on the development of the music scene in Egypt. As a special extension of the event, the evening was closed up with an intimate live concert by The Invisible Hands, performing a selection of their Arabic/English psychedelic folk rock songs, wrapped in dusty blues and longing vocal harmonies.

DEDI has been pleased to present the event in collaboration with ALICE cph and CPH:DOX.