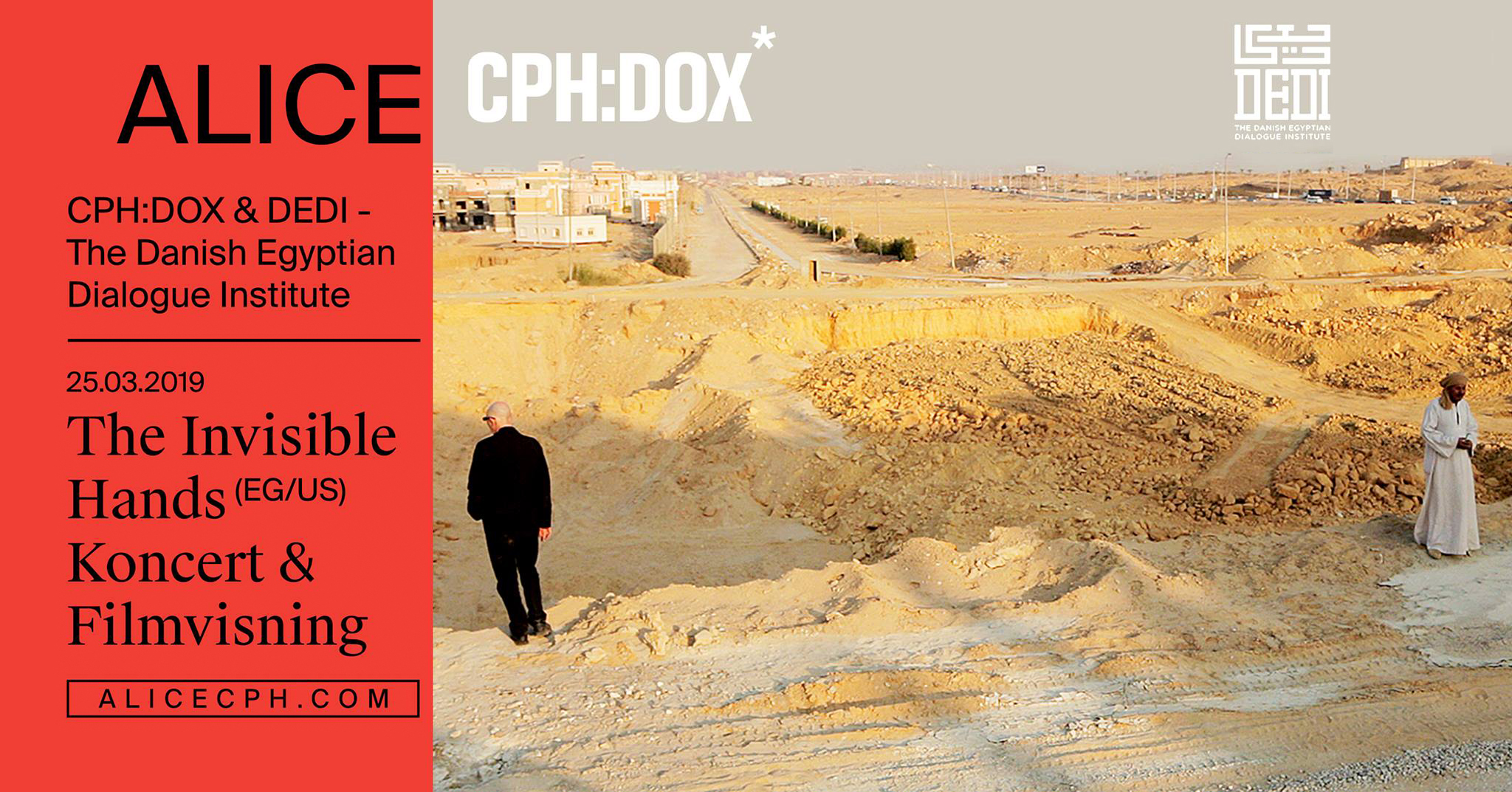 After landing in Cairo as a stranger shortly after the 2011 uprisings, maverick underground American/Lebanese musician and an ethnomusicologist Alan Bishop (Sun City Girls, Sublime Frequencies) teams up with three young Egyptian musicians to translate his old songs into Arabic. Under Bishop’s mentorship, this unlikely collaboration transforms into a band, “The Invisible Hands , the film unfolds between the two  elections that marked the post “Arab Spring” period in Egypt. Structured around fly-on-the-wall scenes, archival ghost apparitions, absurd cameos, and poetic diary narrations by Bishop, the film juxtaposes the tragicomedy of politics and art-making in the so-called periphery.
DEDI In collaboration with CPH:DOX, ALICE proudly presents “The Invisible Hands” live  concert on March 25th, at  ALICE cph,  followed by a screening of the critically acclaimed documentary film.