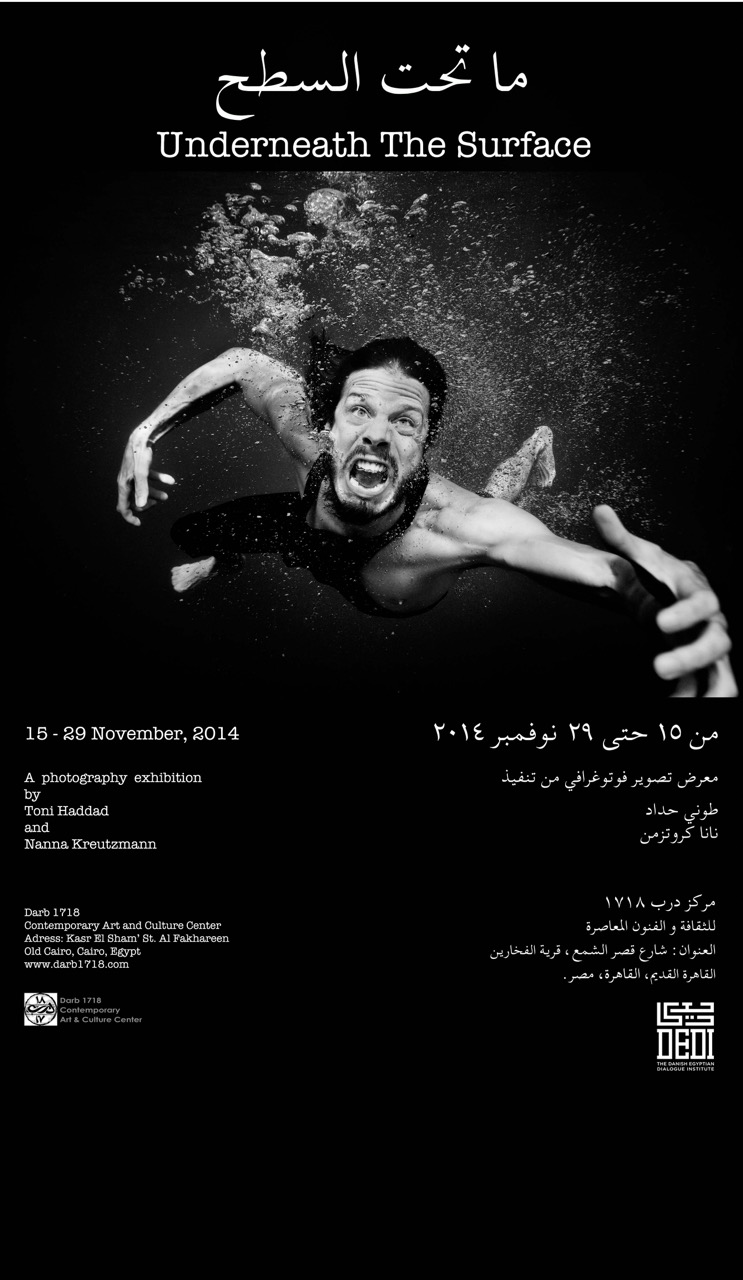 The exhibition “Underneath the Surface” was an intercultural project and at the same time a con amour project. It is aiming to show Egyptians a bit of what Egypt looks like though Danish / Lebanese eyes. All the portraits are shot underwater in Egypt and are featuring both foreigners and Egyptians. The visitors to the exhibition (students, children, artist and art interested in general) are exposed to strong simple images that questions freedom of expressions. The visitors are asked to interpret on the strong expressions by the individuals they are exposed to.

Originally the exhibition was supposed to hang for two weeks but was due to successful response prolonged twice and ended up hanging for 2 and a half months, being a part of Darb1718s 6th anniversary exhibition, that was centered around photography. Around 300 people came for the anniversary night.

According to Darb1718 people a substantial amount of people has been visiting and seeing during the 75 days, but the exact number of visitors is hard to tell.