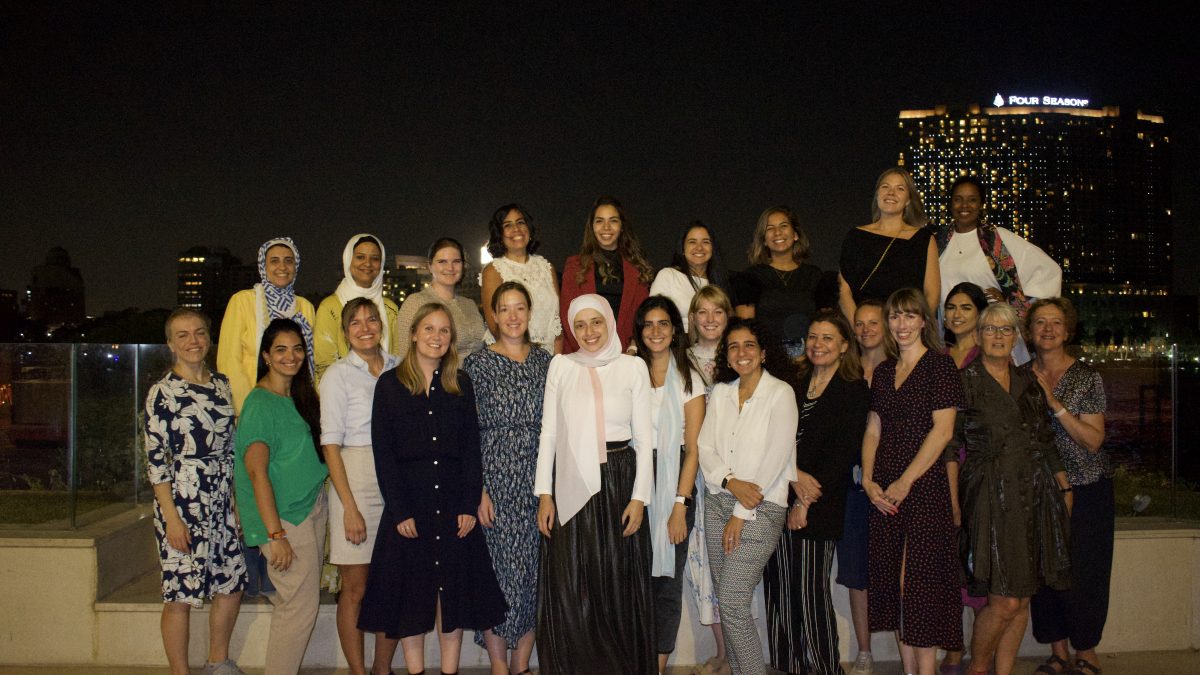 The participants of DEDI women network in front of the Nile at Sofitel, Cairo

Female leaders are often perceived as strong, bossy, and determined. But what is behind these iron ladies?

On Wednesday the 15th of September, 20 women from Denmark and Egypt met for the first time at Sofitel Hotel in Cairo. They all belong to DEDI’s Women Take the Lead network. The room was buzzing with excitement and expectations as the women gathered for dinner in the meeting hall at the hotel.

When they dared to be vulnerable and honest, they found that they share the same issues and hopes. Even though they came from different cultures and worlds, the structures and power dynamics tend to be very similar.

Similarities and differences were a big area of interest for a lot of the participants.

During their first meeting, Youmna Emad, Head of experimentation at UNDP Accelerator Labs and founder of Scienceup, shared her excitement to explore if the issues she faced in Egypt were similar to the challenges her counterparts faced in Denmark.

“Surprisingly, we found out that most of the challenges the Egyptian and Danish women face in the professional world are the same”, Menan Farag, project officer at DEDI, says. 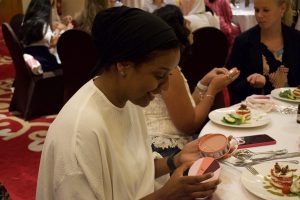 The Danish participants brought their new friends a ‘hostess gift’, as Danish tradition requires. Youmna Emad was very excited about her new necklace

After four days of discussions, tears, laughter, and support, it is safe to say that they are a lot more alike than they thought.

The main challenge for gender equality, the participants agree, is that the world is designed for men, by men. “Progress is designed by men. We just try to fit into this male-designed mill that the professional life often feels like”, Menas Saleh, regional financial controls director at Unilever, says.

Are women more suited for certain jobs than men? Or are we all a product of the society we live in?

That was a discussion, sparked by Henriette Kabell Christensen’s presentation about her work experience as a female in a male dominated industry: the tech-anthropology field. She is a Researcher in AFRY’s and a Project manager of MOPAN, UN Woman, Copenhagen studio team. 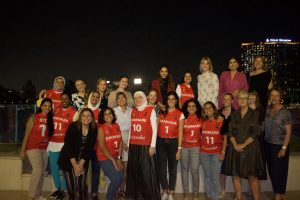 “We want more women in the tech industry”, Henriette Kabell Christensen said. In her opinion “women tend to be more considerate to the end-user of a product and the humanistic aspects, whereas men are more focused on technical aspects”.

This presentation really stirred the water. Julie Lorentzen, Head of management and communication in the municipality of Copenhagen, didn’t completely agree with Henriette Kabell Christensen.

“I wonder what things you are born with and what you learn from society”, she said.

She thinks that what society presents to young children as acceptable behaviour for ‘boys’ or ‘girls’ is very influential on creating the gender norms and how we later perceive ourselves. Thus, we come up with this classification: “woman’s job” and “man’s jobs”.

And this is something that the mothers among the participants are also very cautious about.

“A huge part of who you are and what you think you can do, is coming from what you were exposed to as a kid”, Samira Negm, CEO of Raye7, said.

“As a mom I am very cautious of what I present to my child, so I don’t force anything onto her”. 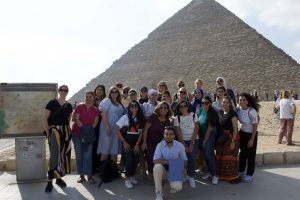 In between the talks and discussions, we of course squeezed in a touristic visit to the pyramids

The participants did not define themselves as being female leaders only, some of them were also mothers. Society tells them, that they are too soft to be leaders, but also too tough to be mothers. So how do they balance that?

It is not always easy to find the balance between professional and private life, the women agree.

“It is always a choice between mom-guilt and work-guilt. I am starting to realize that I can never do everything a hundred percent”.

Samira Negm also knows the feeling of never being good enough. She justified her lack of satisfaction by thinking that she could always walk the extra mile and do better.

The main reason of being not satisfied with your achievements is because society taught us that the way to success always come with a price. A price that is often too high, according to most of the participants.

“Burn-outs are trendy”, says Mai Fahmy, and the entire room is nodding along with her.

“Society has taught us that ‘busyness’ means doing something with your life”, says Katrine Wind, team leader at Julemærkefonden. “But what’s the rush?”, she added. “We live for so long, and we have time to achieve goals at all stages of life”.

Although the women agreed that it is a strength to say ‘no’, they also explored other reasons for stress, than the amount of hour they work.

“What makes you stressed is not working a lot. It is not achieving your goals and not getting things done”, Julie Arnfred Bojesen, director of the Danish-Ukranian youth house, said.

The women agreed that the corporates have a big responsibility in creating a healthy work environment and helping their employees to set the needed boundaries to avoid burn-out. 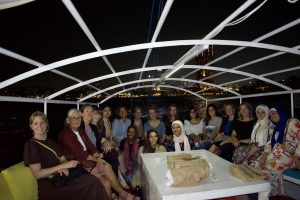 The women will meet again in November in Copenhagen for another round of inspiring days of talks, sharing experiences and discussions.

Read about the event: Women in Leadership – Tales from Denmark and Egypt

Watch the video from the Closing Dinner: 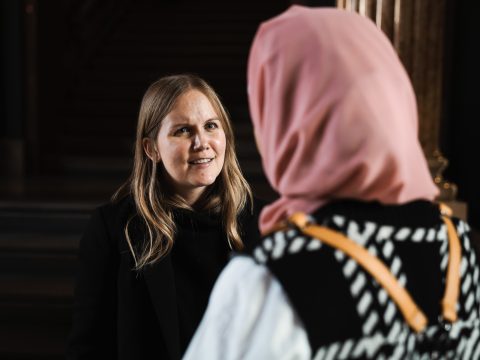 A new motivation to drive change 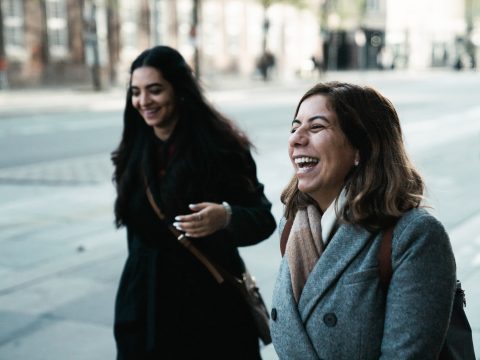 Rania Ayman(Left) and Manar Darwish(Right) exploring the streets of Copenhagen during the Women Leader Network in Copenhagen, November. Photo by Jakob Pagel Andersen 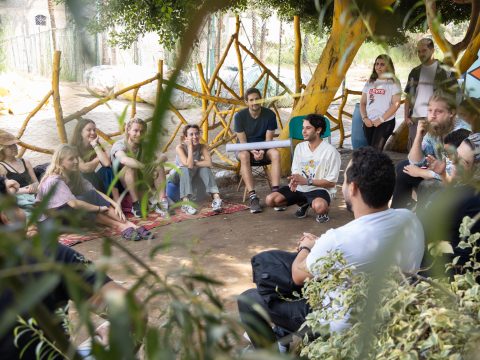