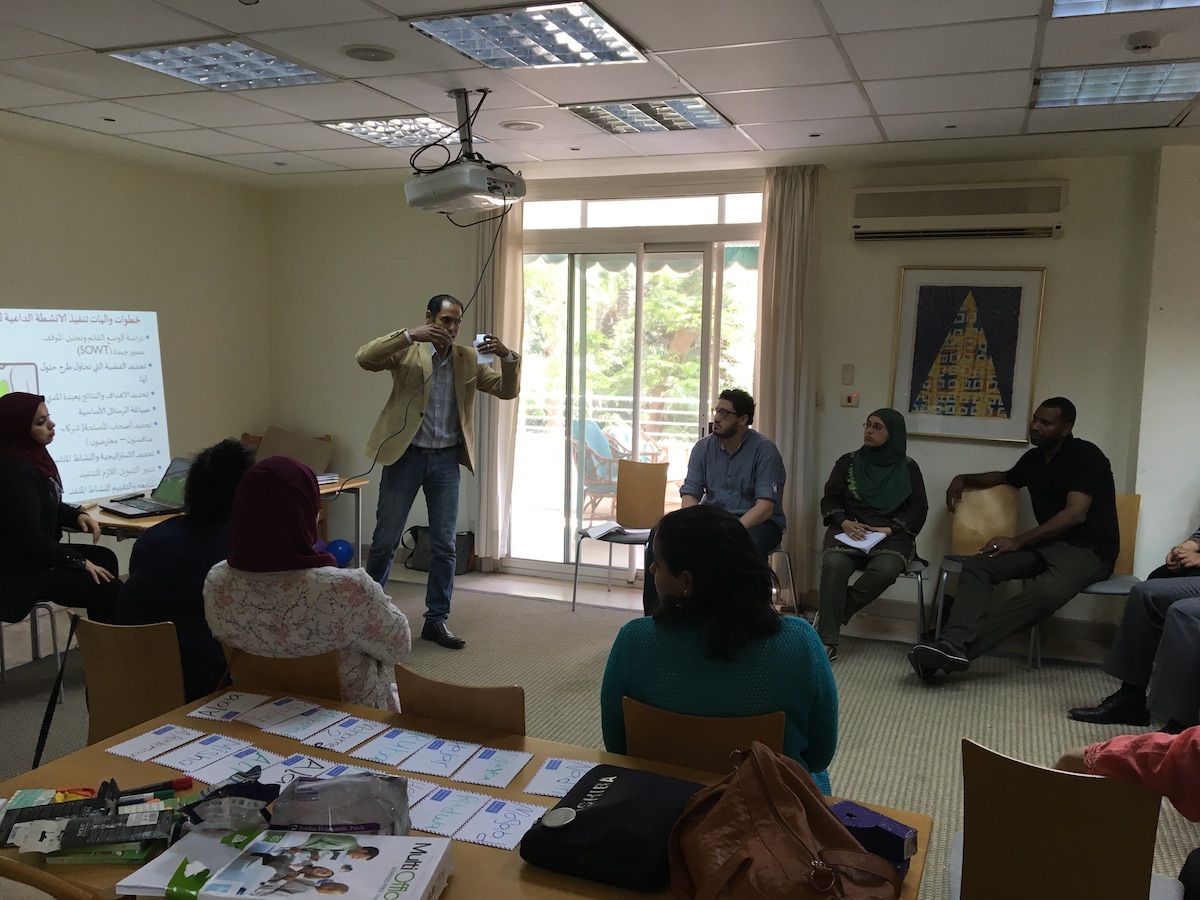 Representatives of a number of organisations and initiatives working on heritage conservation have met at DEDI on the 21st and 22nd of April. During the two days, they had their periodic meeting where they discussed their planned annual festival ‘Nas wa Torath’ among other issues. They have also participated in a one day workshop on fundraising organised by ‘For Humanity’. The meeting is part of DEDI’s project ‘The Heritage Network’ which aims at raising the capacity of the network’s members and enhancing their sustainability.