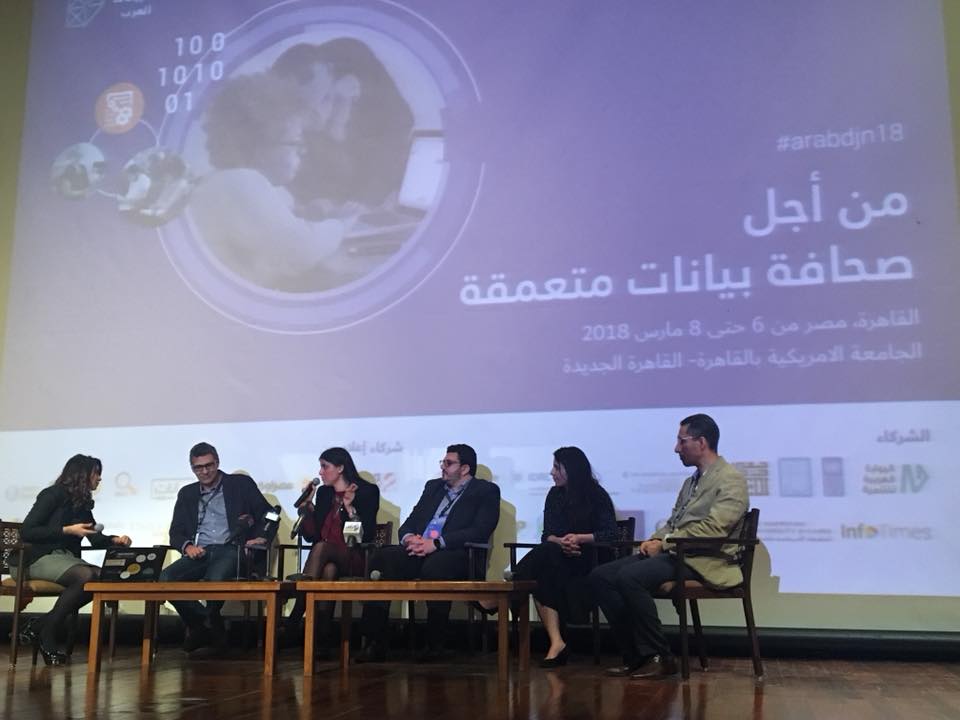 The “Towards In-depth Data Journalism” conference, organized by the Arab Data Journalists’ Network, was launched in partnership with the Danish Egyptian Dialogue Institute”.

The conference will organize around 30 sessions (taking place concurrently) over three days in the New Cairo Campus of the American University in Cairo, with almost 300 participants and 50 lecturers from different nationalities.

The sessions will discuss the concept of in-depth journalism; data collection, cleaning, extraction and verification; how to use Google spreadsheets and present press topics in an interactive way. Other subjects are to be discussed such as the principles of statistics, mathematics, coding and other related topics.

The Network’s founder, Egyptian Journalist Amr ElEraqi, said that the conference’s great attendance is a major indicator of the importance of the Arab Data Journalists’ Network’s mission. “Without our partners who supported us, this conference wouldn’t have taken place so I would like to thank them all” he added.

ElEraqi pointed out that the network was established mid-2017, with the aim of networking Arab journalists, in order to produce data-driven press content.

The conference witnessed the announcement of the members of the Board of Directors of the network, which is an honorary council held four times a year: Aliyaa Al-Ali from Bahrain; Nouha Belaid from Tunisia;Ehab Zelaky, editor-in-chief of Almasry Alyoum, and Emad Omar, professional media trainer.

In a brief speech, Ehab Zelaky Highlighted that serious in-depth journalism, that leads to real development and real change, is all we need now in the fight against what he called ‘the major problem of the prevalence of superficial press”.

According to the Arab Data Journalists’ network’s statement, the conference aims to “share the fundamentals of data journalism with Arab journalists, encourage them to produce data-driven press releases and participate in international data journalism competitions, and also produce educational content through the lectures and the sessions held by the conference.

According to ElEraqi, the conference is ” the first step for the establishment of an Arab team of journalists who are to be selected and trained over a year in order to create a specialized team capable of producing powerful data-driven content and competing in international competitions.”He added: “Holding this conference at this time is a message that Egypt is a safe country that can welcome guests from all over the world and host them to attend public events.”

A group of experts will participate, as lecturers, in this conference including Walid Al-Saqaf, lecturer at Södertörn University in Stockholm specialized in journalism and media technology;  Nouha Belaid, professor at Manouba University in Tunis and the editor-in-chief of the Arab Observatory Journalism; Emad Omar, media trainer, Pinar Dag,a lecturer of data journalism in the new media department at Kadir Has University and Farah Choucair, technical specialist and the director of the regional project for social cohesion and the Arab Development Gateway (UNDP regional office in the Arab countries).