The history of Cairo in a box 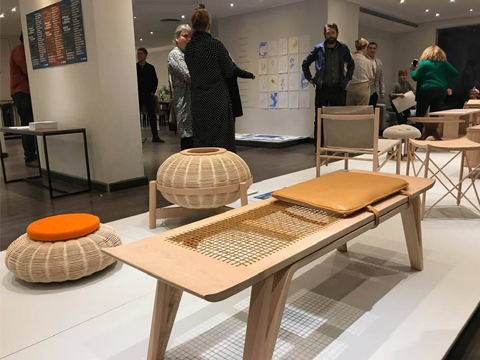 Pharaonic design is visibly reflected in a collaborative furniture design project between Danish design students and Egyptian designers and producers.

“Very impressive”. That was the general reaction of the almost 200 people who came to see the Bilingual Furniture Design Exhibition. The Exhibition took place on December 6th in Cairo. On display were 11 prototypes of furniture as well as a number of visual design and handicraft work, the result of a collaboration between young Egyptian designers, the Pinocchio 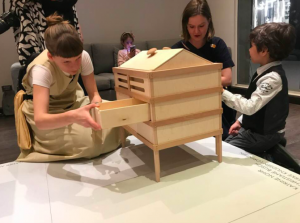 The 11 prototypes were designed by Danish students and young Egyptian designers and visibly reflect inspirations from pharaonic design, thus adding yet another chapter to a fascinating history of cultural exchange: The 1950s iconic Danish designers were highly inspired by the strict yet graceful geometric symmetry combined with soft lines that characterize pharaonic design.

Early November this year, Egyptian experts of the ancient Egyptian style conducted a 3-day workshop at KADK, re-introducing the students to these Egyptian roots of Danish design as it’s known today. After having worked for two weeks on creating designs, the students came to Egypt on a 10-day long study trip. They spent the last five days together with five young Egyptian designers at the Pinocchio Furniture Factory in Damietta.

The Egyptian designers were the winners of a competition organized by the Designdustry initiative, likewise expressing the wish to be part of the historical cultural exchange by exploring ways to create bilingual design, drawing on ancient and modern as well as on Egyptian and Danish methods, style and design. 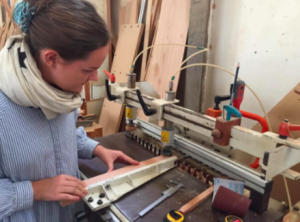 The prototypes were produced during these five days by the highly skilled craftsmen at Pinocchio Furniture in close collaboration with students and designers. Only wood, palm tree wood, leather and cotton were used, no nails or other “non-pharaonic” materials being allowed.

Some four Danish design students remained in Cairo where they participated in a workshop together with a group of young Egyptian female designers, studying different kinds of Egyptian handicraft and creating new designs.

Among the visitors at the Exhibition that was hosted by Pinocchio Showroom in Maadi were well known Egyptian architects and designers as well as producers. The latter were so pleased with some of the prototypes that they expressed interest in producing them – a dream coming through for some of the students and Egyptian designers.

Also, the three Danish professors from the Royal Academy who were in charge of the student trip were pleased. The collaboration is an experience that benefits the students on several levels; the dialogue with the Egyptian designers is being one of them since it helps the students to become more aware of their own style and objectives.

The collaboration project started in 2017 and a first exhibition was held last year. DEDI plans to continue the project in the coming years. 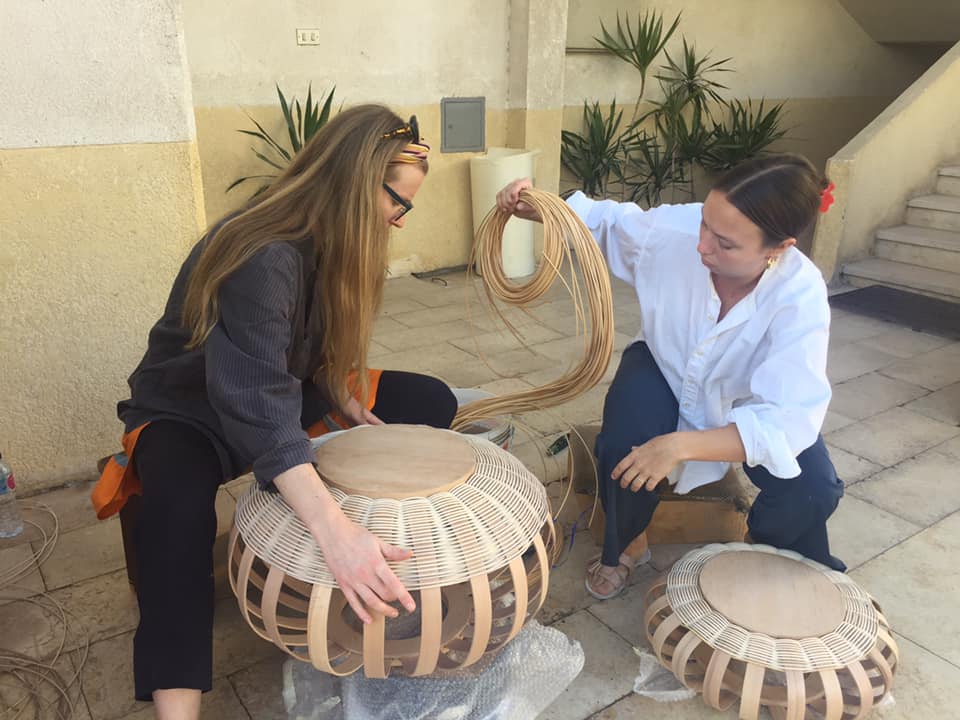