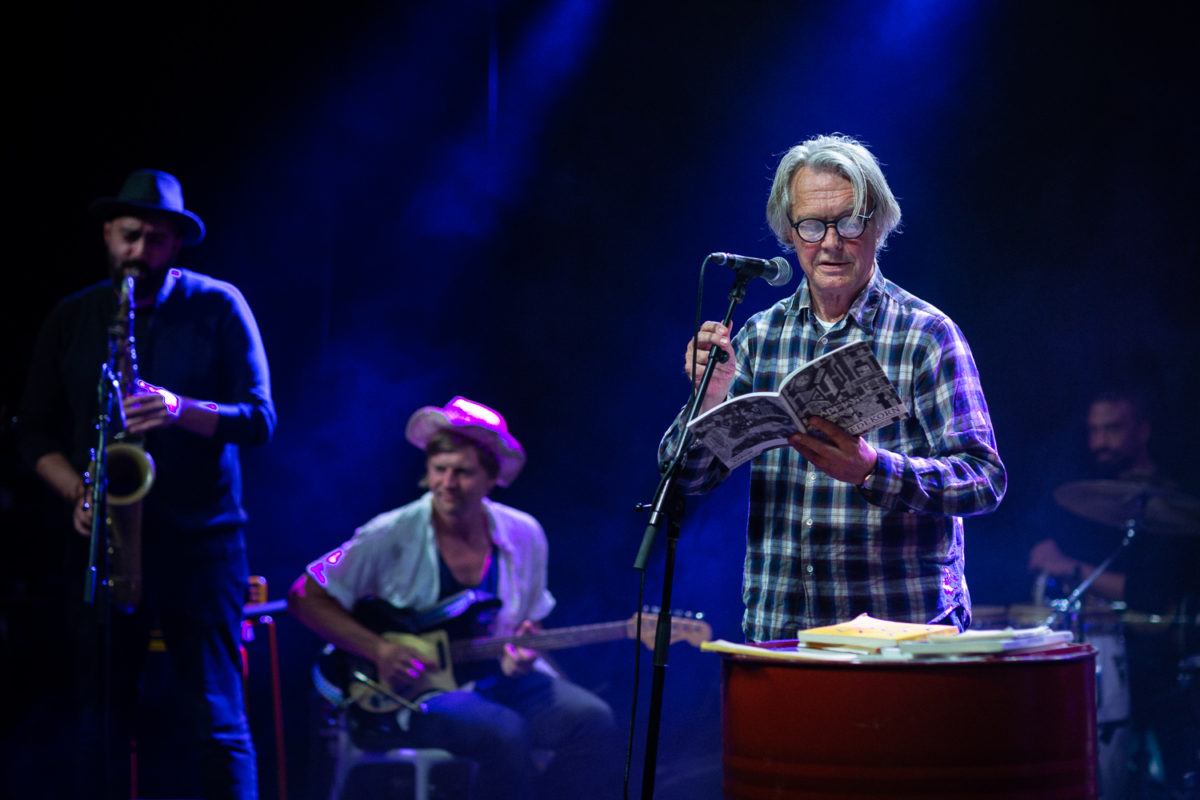 JULY 18, 2018
Last month, some of the most celebrated Arab novelists got together in unlikely Aarhus, Denmark.

The Northlit Nordic Literature Festival is a newly launched festival which took place in June in Aarhus, Denmark and featured a wide range of authors such as Hassan Blasim, Nael Eltoukhy, Joseph Kai, Rasha Omran, Khaled Khalifa, Sinan Antoon, Mohammad Rabie, and others. The festival unfolded between 20th and 24th of June and was coordinated by Trestrup Folk High School, Literature on the Stage (LIPS), and Aarhus Centre for Literature.

The Arabic section of the program was developed by Sara Emilie Anker-Møller.

Aarhus is the second biggest city of Denmark, and the festival is one of the first opportunities to bring Arabic and Danish authors together to discuss their work and bring people together who otherwise wouldn’t have the opportunity to share their ideas and thoughts. The festival took off with a conversation between Danish author Suzanne Brøgger and Iraqi author Hassan Blasim, who is both a genre-bending author and the editor of the recent short-story anthology Iraq +100.

According to ARS Baltica, topics discussed included “such questions as whether literature can change the world and how, what literature’s capacity to change our understanding is, and how it can influence our perspective” (…) “works from these regions are rarely translated into Danish so the festival offers a unique and exciting opportunity for locals to discover Arabic literature.

The program also included readings, translations, book productions and publishing, interviews with authors, a graphic workshop with drawings, and other activities, including a political seminar.

Mohammad Rabie, whose latest book Otared was shortlisted for IPAF in 2016 and was translated int English by Robin Moger, took part in a discussion on dystopian literature with Nael Eltoukhy, Kaspar Colling Nielsen, and Theis Ørntoft which was moderated by Danish author Simon Pasternak. Rabie described Aarhus as “a very quiet place, with nearly no people or cars (compared to Cairo)“. His attendance featured a reading of his short story “Burden,“ which was translated into Danish by Anna Meyland, and read by the Danish writer Christoph Dorph, who was the initiator and director of the festival.

The program included music as well, such as a concert by the Egyptian band  El Dor El Awal. presenting “totally new and amazing melodies.“ They write on Facebook that: “Blending in their different musical backgrounds and adding each their personal touch, El Dor El Awal have truly succeeded on creating their own personal style and constantly delivering some fresh tunes that make their way straight into the hearts of the audience.“ The concerts were supported by the Danish Egyptian Dialogue Institute (DEDI) in Cairo and one of the concerts was accompanied by the Danish poet Peter Laugesen.

Tugrul Mende holds an M.A. in Arabic Studies from the University of Leipzig. He is from time to time writing for online magazines such as Mada Masr and Qantara.