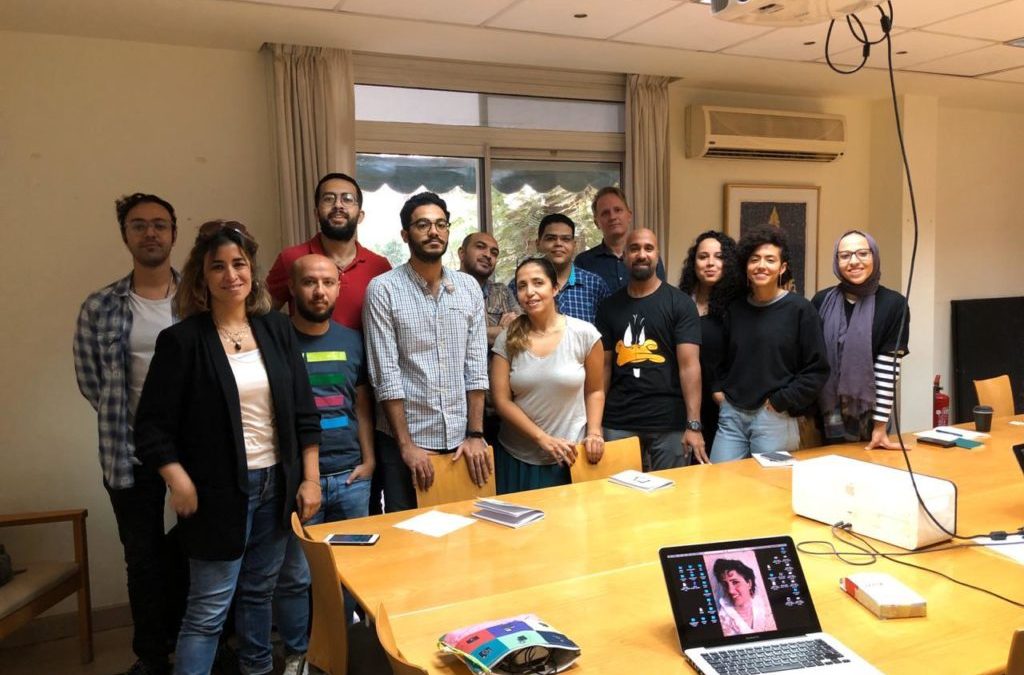 Approaching people, getting close and catching a feeling. These were key lessons during the recent workshop on portrait photography given by Mads Greve.

It’s all about catching a feeling. Photojournalist and associate professor at the Danish School of Media and Journalism, Mads Greve, gave a five days intense workshop on portrait photography at DEDI last month. The workshop was a part of a one-year long course aiming at educating 10-12 Egyptian photographers in the language of photojournalism.

The workshop was designed to enhance the students skills in shooting portraits. Therefore, on challenge was to learn to approach people and create comfortable spaces in order to be able to take interesting and honest photos:

“For me a good portrait is one, where the photographer gets close to the person who is photographed,” Mads Greve says. “Not ‘close’ in the physical sense of ‘right next to’, but rather in the sense of catching the moment when all fences goes down. When something is felt.”

During the five-days workshop, the students got three different assignments. One was to take a photo of a stranger inside his or her home. Another was to photograph two people who love each other. On the following day, the the students discussed the photos in class and commented on each other’s photos.

“I wanted to challenge the students,” Mads Greve says. “I wanted them to be on thin ice. We had long days at DEDI — often from ten in the morning to five or six in the evening — and then they had to go out and make the assignment for the next day.”

This workshop, that took place from November 5th – 9th, 2019 is part of a course on photojournalism. It was the second of a total of four workshops. The course is supported by DEDI. The aim is to enable the participants to work as professional photographers. Among the topics are journalistic portraits, written journalism, research and project proposal writing. Teachers from the Photojournalism Department of The Danish School of Media & Journalism (DMJX) have designed the course and are coming to Cairo to teach it. The Photojournalism Department is world famous since it’s graduates have won numerous awards and continue to do so. The participants of the course in Cairo will get a diploma from DMJX if they complete the course successfully.

Mads Greve is a photographer and associate professor in photojournalism at the Danish School of Media and Journalism. Since 2005, he has been a member of Prospekt Photographers in Milano. Throughout the years Mads has worked as a staff photographer at the Danish newspaper Jyllands-Posten. He has also done freelance work for several Italian and Danish newspapers, and he has published two photographic books. His work has been exhibited at Copenhagen Photo Festival and Kolga Tbilisi Photo Festival. He has be awarded several first prizes at the Danish Picture of the Year contest, which is one of the most prestigious photographing prizes in Denmark.

You can read more about the Photojournalism Department HERE