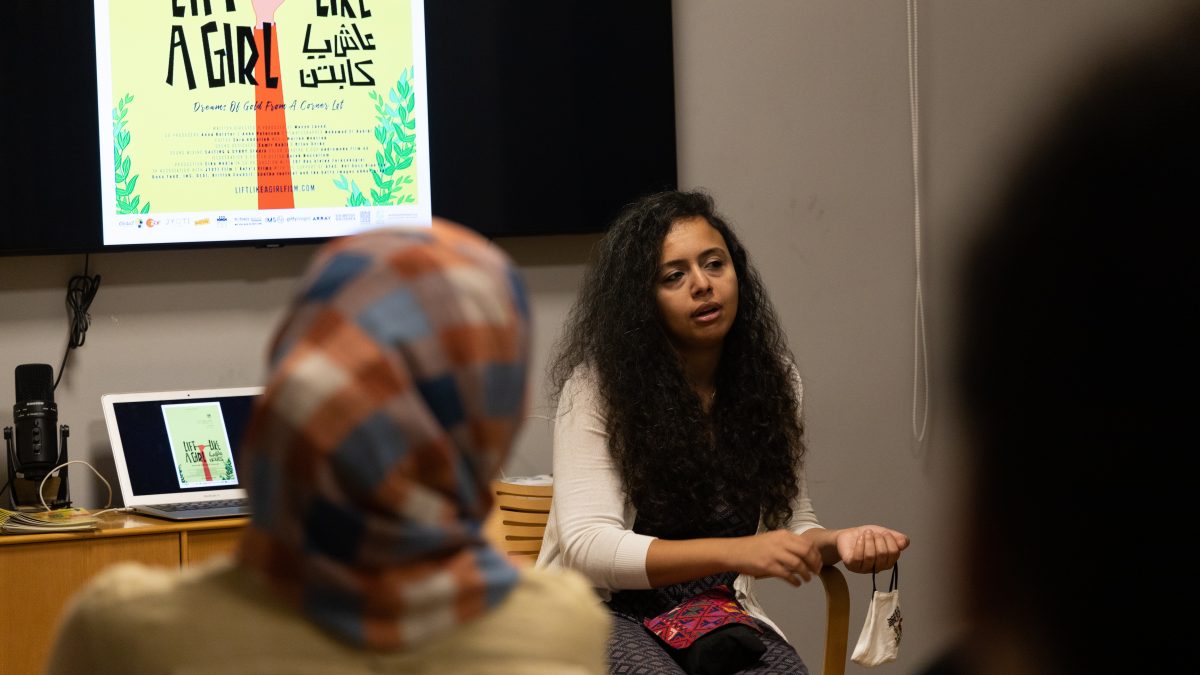 Mayye Zayed talking about the process of making the documentary "Lift Like a Girl". (Photo: Rowan El Shimi // DEDI)

Mayye Zayed lets us enter the life of the extraordinary young woman, Zebiba, through the lens of her camera. But can documenting one women’s life change the mindset of women all over the world?

“What is it like to be a female director working on the Egyptian streets?”, Catherine Faique asks. She is one of the participants at the event DEDI Talks Documenting Women, that took place at DEDI premises in October. After the screening of the short version of the documentary “Lift like a Girl”, film director Mayye Zayed gave a talk and answered questions from the audience. 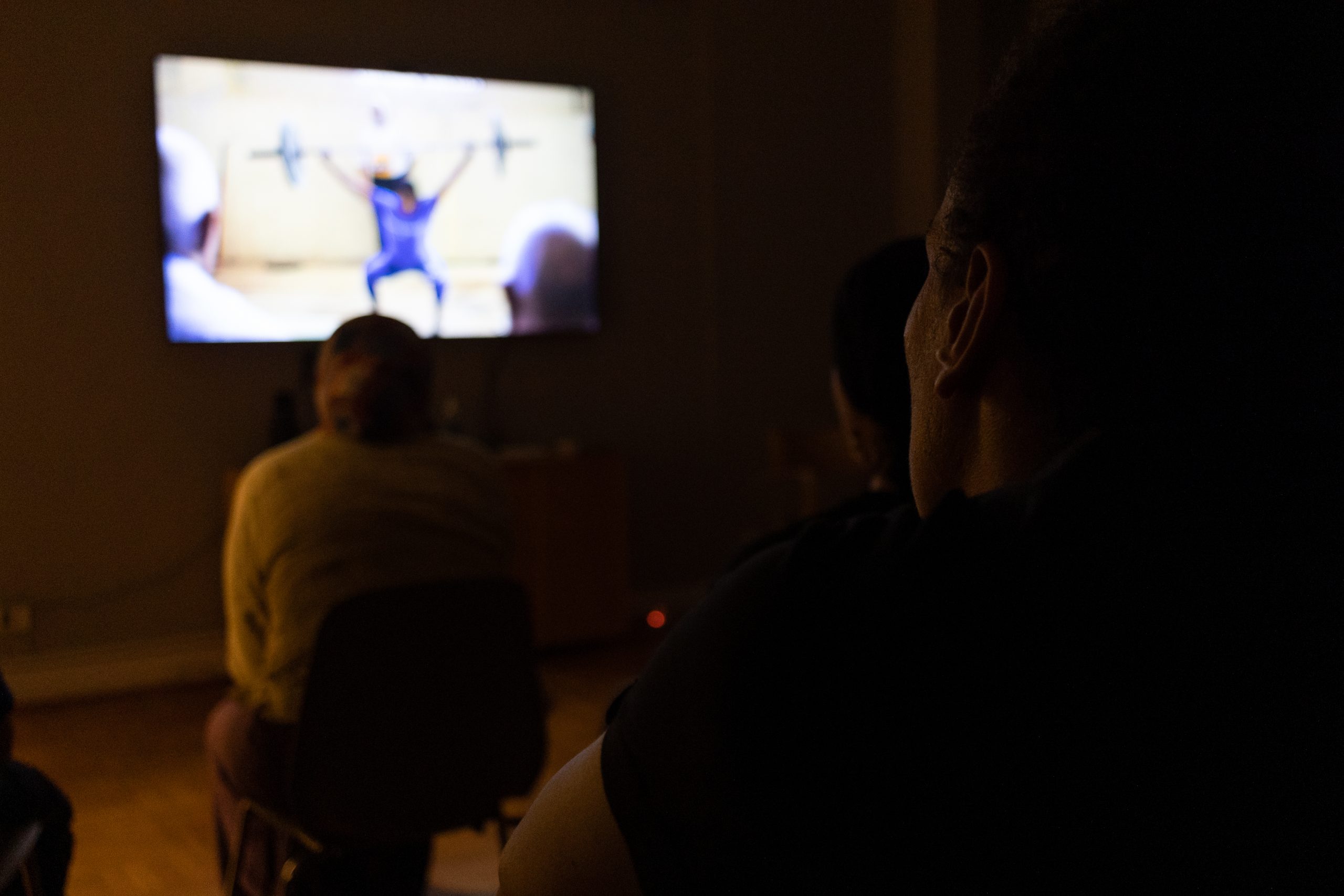 Screening of the documentary “Lift Like a Girl” at DEDI premises. (Photo: Rowan El Shimi // DEDI)

Catherine Faique takes a special interest in the fact, that Mayye Zayed is a female instructor. She believes that a special understanding comes about when a woman documents another woman and is stressing the importance of this:

“Women in movies are often shown as a thing, a prize, or a responsibility to men. But when a woman documents another woman’s life, you get to see her as a human”, Catherine Faique says.

Mayye Zayed explains how she tried to blend in and act like the weightlifting team during the four years she was living with them:

“I dressed in sports clothes, so it felt as if I was a part of the team. I also didn’t want to stand out when people walked by. I wanted my presence to seem natural to the neighborhood”, Mayye Zayed explained to the audience.

Not only did the questions reflect on the role of the main character Zebiba. Quite a few also referred to Captain Ramadan and the way he talks to the girls. Captain Ramadan, or `The Captain` as he is also called, is the coach and mentor of the young weightlifter, Zebiba. 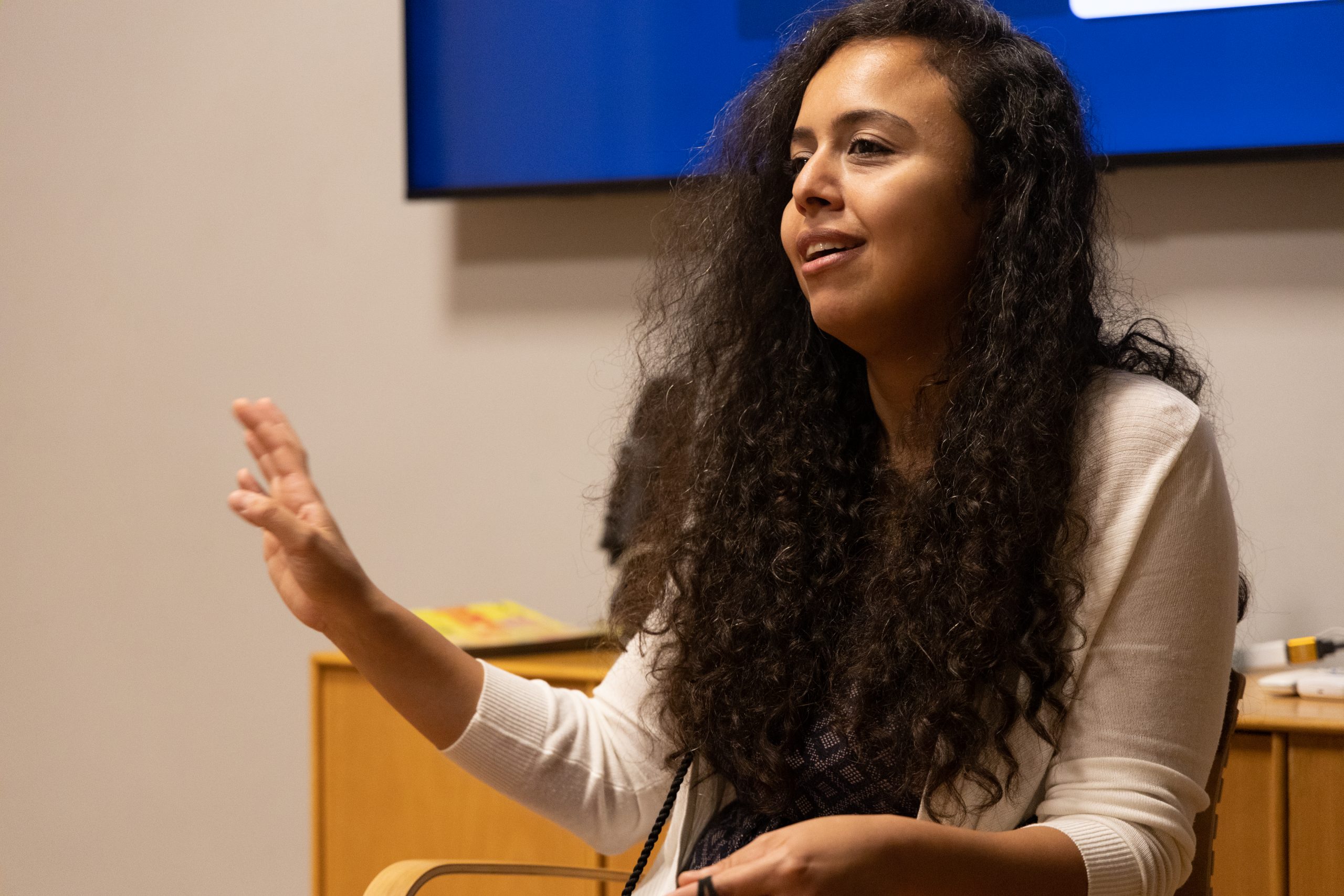 “Forget about being ladylike!”

“Forget about being ladylike!”, Captain Ramadan yells with his harsh yet loving voice in one clip.

“I’m a boy, you are a girl, do you see either of us as soft? Then let’s do this,” The Captain says in another clip.

Under his mentorship is it not about gender, it is all about how much you can lift. Zebiba is the second generation of champion weightlifters that he is training. The first included his own daughter Nahla Ramadan, former world champion, an Olympian and the pioneer of weightlifting in Egypt, as well as Abeer Abdel Rahman, the first Arab female two-times Olympic medalist.

“There is an idea, that there are sports for girls and sports for boys. This movie shows women, that they can do what they want with their life,” Mayye Zayed says, confirming that one of the aims of the movie is to break down gender-based stereotypes, by portraying a girl in a male dominated environment. 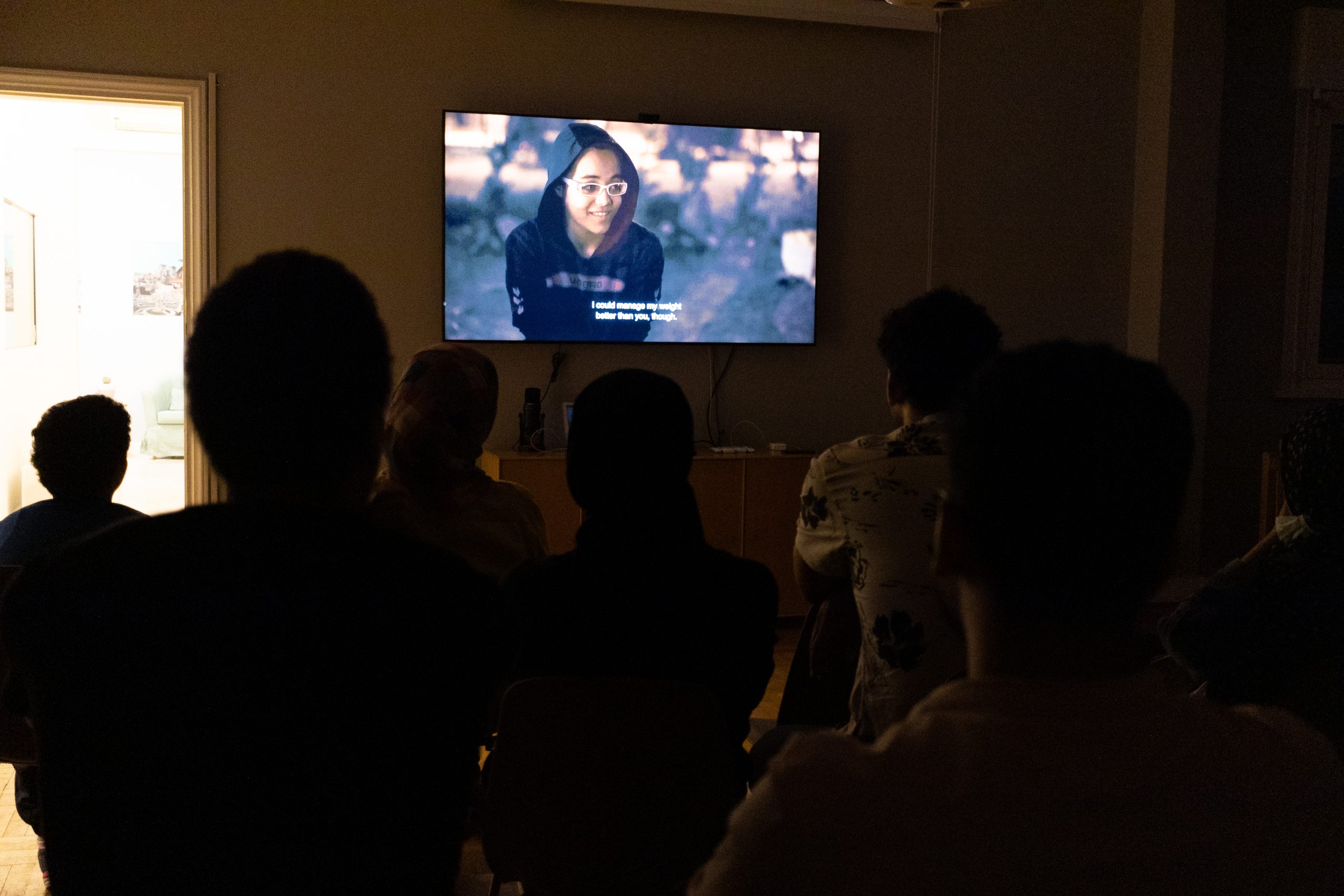 The screening of the documentary “Lift Like a Girl” here with a clip of Zebiba. (Photo: Rowan El Shimi // DEDI)

Towards the end of the event, a small boy has fallen asleep on the couch in the corner of the meeting room, while his mom is deeply invested in the talk and keeps nodding to the words being said:

“I can relate to Zebiba’s story,” Mayye Zayed explains. “I am not a weightlifter but I was once a girl like her. I hope documenting her life will inspire women around the world because they, like me, can relate to her story.”

When the talk has ended and the participants disappear one by one out into the busy streets of Cairo, one woman is staying and asking to get a picture with Mayye Zayed. To her, the movie was an important reminder that her being a women should not stop her from doing great things in her life:

“Seeing Zebiba going after what she wants even though she is scared of failing, has inspired me to aim higher and do more,” Nada Mahmoud says before getting ready to leave.

“Lift like a girl” premiered at Toronto Film Festival in 2020 and is now showing on Netflix.

The documentary is an Egyptian-German-Danish co-production and the “sound design and mixing” was done with the support of DEDI and International Media Support (IMS). DEDI also supported the editorial work of making a short version. During the last decade, DEDI and IMS have been supporting the building up of a group of documentarists in Alexandria, among them Mayee Zayed. 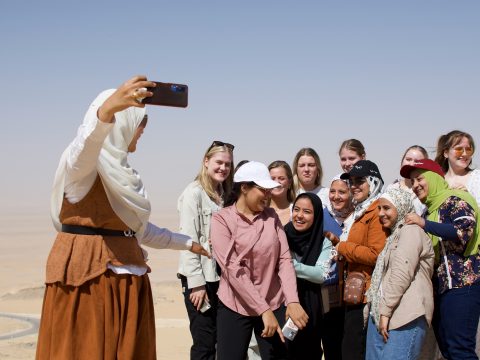 The students posing for a selfie on the Western Limestone Plateau before continuing to El-Kharga Oasis. Photo: Elisabeth Vang Jørgensen // DEDI 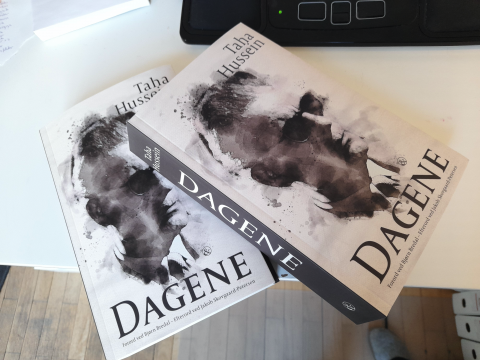 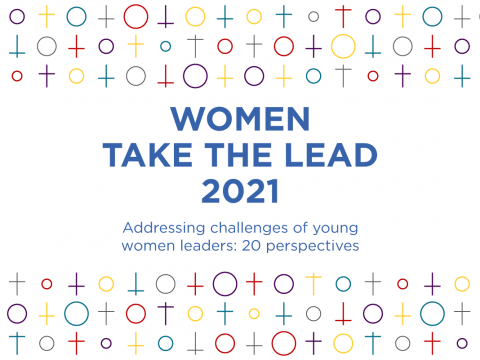