Learning with a smile 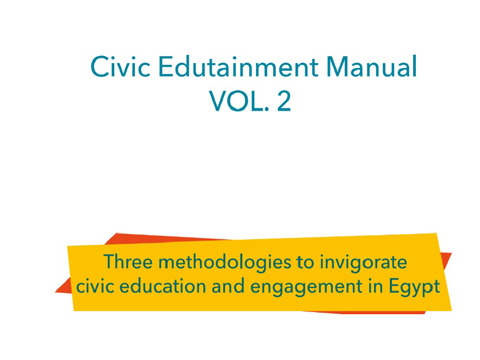 There is so much learning needed, so why not get at it with a smile because it’s entertaining and we feel at ease? This is what “edutainment” is all about. No wonder, edutainment is becoming more and more popular in Egypt among initiatives and organizations: Using edutainment methods makes workshops much more appealing and engaging.

So far,  DEDI has produced two manuals introducing various methods and explaining how to practice them. The aim is to enhance and facilitate the use of edutainment. The first manual was launched in 2019 and the second was launched in February this year.

The author, Menna Tullah Reda, has a master’s degree in Sociology and Social Anthropology from the Central European University. She has been a development and civil society practitioner for more than eight years, focusing primarily on youth work.

The manual endeavors to bring together theory and practice, both local and international, pertaining to civic edutainment. This allows for a better understanding of how to work with civic edutainment methodologies in Egypt. Menna Tullah Reda has also included an overview of the literature on civic education, edutainment and edutainment practices in Egypt.

The manual is geared toward educators and civil society practitioners. It should help them to incorporate the

methodologies into their teaching and program design efforts. Researchers can also benefit from this manual since it brings together theory and practice on civic edutainment and its potential in Egypt.

The Launch event was held at DEDI. Following a welcome speech by DEDI’s Civic Education Unit Team, representatives from the three featured projects introduced their methods.

Also, Ayman El Hosseini who has translated the Manual into Arabic, explained the challenges of finding the right words. Finally, the participants had a vibrant discussion on the next steps for the Civic Edutainment Manual and how to capitalize on the existing efforts. The event was open to public and attended by a number of Civic Education practitioners and partners of DEDI.

For an introduction to Manual 1, please see HERE 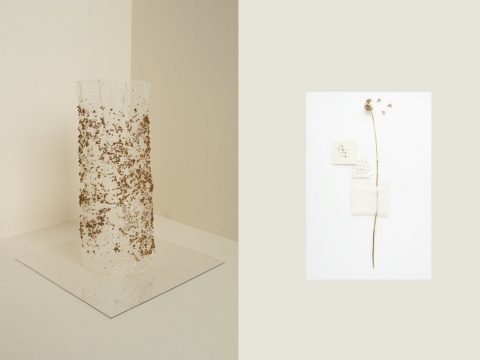 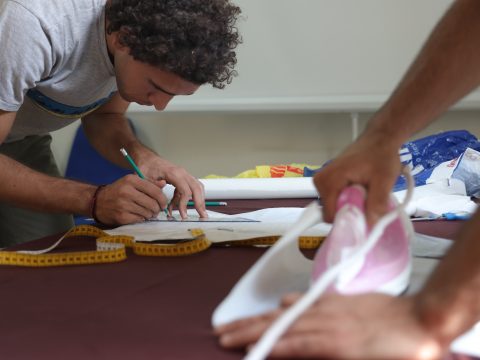 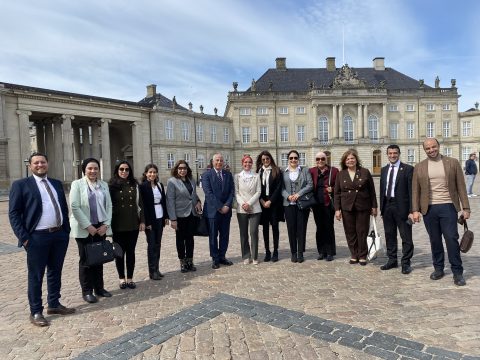 The delegation of Egyptian Parliamentarians on the first day of their week in Copenhagen in front of Amalienborg Palace, home to the Danish royal family. The Foreign Affairs Committee spent a week in Copenhagen visiting various local and national governmental institutions to gain insights into Danish governance.