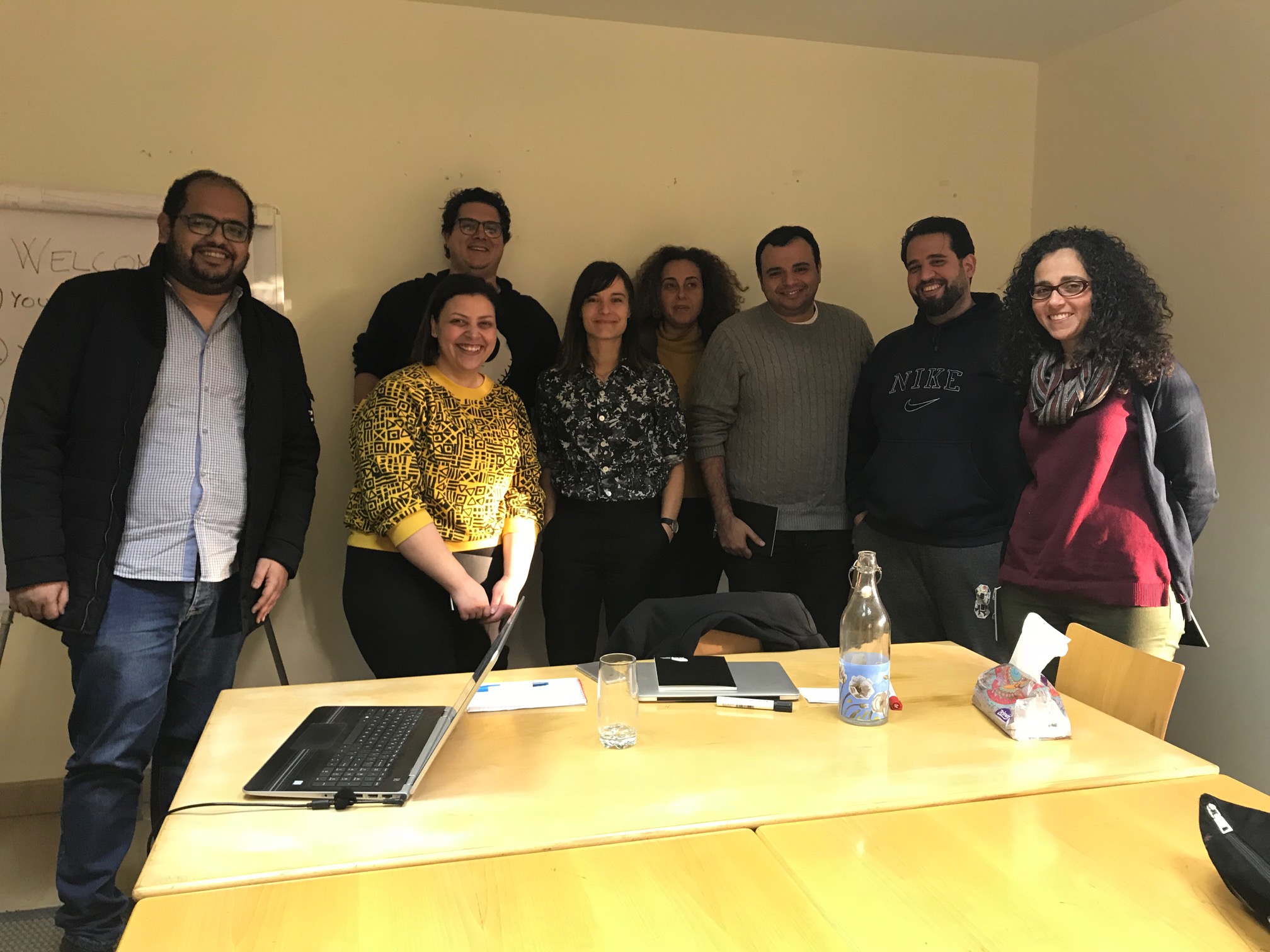 What is a good film pitch? How do you catch people’s interest? How do you get them on-board your film project?

As a part of DEDI’s activities in the field of independent cinema, the Danish scriptwriter and filmmaker Jenny Lund Madsen held the first of two two-days workshop on Monday the 28th of January. The first day, held at DEDI, was attended by seven Egyptian producers, filmmakers and script-writers where they exercised their strategies to do ‘The Good Pitch’ and how to present their projects at film festivals.

The workshop opened with an informative presentation and introduction of the topic by Jenny. During the day the participants where asked to create and perform pitches themselves, receiving feedback from Jenny and the other participants.

Jenny Lund Madsen has a long background in filmmaking, and has contributed to a large number of movies and popular Danish TV-series. Among these, the TV-series “Follow the Money III”, where Jenny Lund Madsen is the main scriptwriter. The series has been selected for the Berlinale SERIES competition at the Berlinale 2019, taking place in a few weeks.